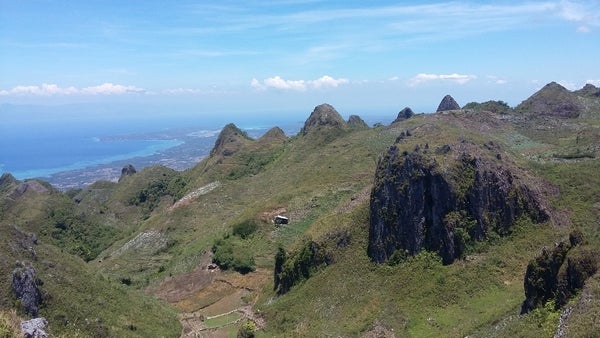 It is the Associated Labor Unions-Trade Union Congress of the Philippines (ALU-TUCP) which holds a Tree Farm Lease Agreement (TFLA), given by the Department of Environment and Natural Resources (DENR) for around 179 hectares spanning Dalaguete and Badian towns and covers Osmeña Peak, a popular spot for mountain climbers and trekkers.

Vice Gov. Agnes Magpale, who chairs the Committee on Tourism and International Affairs wants ALU-TUCP to give up the portion covering Osmeña Peak from its TFLA so the province could give its full support.

“We want to meet with them kay remember, dili gyod mi maka full blast ngadto sa (we cannot provide full support to) Osmeña Peak because of the issue,” she said.

Capitol wants to sit down with DENR-7 and ALU-TUCP on Friday, to discuss about the 179-hectare lot acquired by the latter.

“Ang amo ra gyod pangayoon (We are asking to) exclude lang ang Osmeña Peak so we can start working,” she said.

But ALU – TUCP Central Visayas spokesperson Art Barrit said he supports a co-management sharing agreement between local government units (LGUs) in the towns of Badian and Dalaguete, instead of ALU-TUCP excluding Osmeña Peak from their TFLA.

“For us, since we introduced programs within the area nga dili lang pud malimtan ba ang efforts (the efforts will not be forgotten) exerted by the union,” he said in a phone interview.

“We will be managing both the lease holder, local government and the people within the area,” he said.

Barrit said he will present the proposal on Friday.

“The tenural instrument under our 25-year agreement with DENR was endorsed by both LGUs through a council resolution in 1996,” Barrit said.

Barrit said locals tend the land in Barangay Patong in Badian, by maintaining its programs such as creating a nursery area and a water system.

Osmeña Peak, which is located in Barangay Patong in Badian town is recognized as the highest peak in Cebu.

She previously admitted that Osmeña Peak is part of the jurisdiction of Badian but it is Dalaguete that maintains the area.

“Tourists complain to us. So if there are some emergencies, we are the ones who respond because of our location,” Nepomuceno said in Cebuano.

Local responders from Dalaguete rescued the foreigner and brought her to the hospital.

“I’m happy, bisan (even) without the  management team, Dalaguete made their presence there that is why she was immediately rescued,” she said.
Magpale considered the incident as an isolated case.

Read Next
Construction of access road near Plaridel St. starts with demolition of structures