SSS: Congress to pass hike in contributions this year 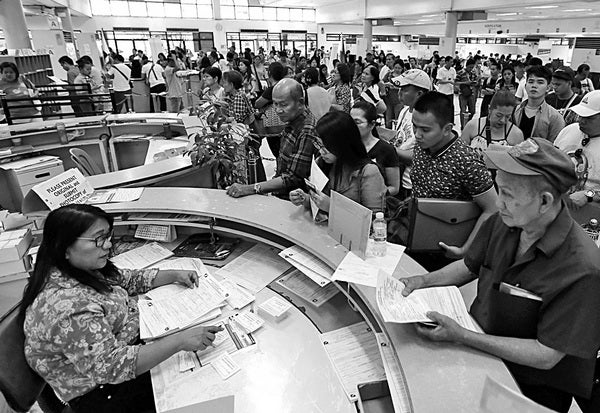 The Social Security System (SSS) on Sunday said it expects Congress to pass within the year the proposed amendments to the SSS Charter, which, among others, will grant the state-run pension fund power to raise the contribution rate to maintain its fund life.

“That was a part of his (Senator Gordon’s) sponsorship speech. He expressed the wish that his colleagues shall approve the bill before the session adjourns. In fact, our bill is set for interpellation, debate and amendment next week,” Dooc said in a text message.

In a separate statement, Dooc said he was “grateful that SB 1753 that aims to amend the 21-year-old Social Security Law has finally gathered the attention of the senators after the committee of government corporations and public enterprises, and labor, employment and human resources development led by Gordon presented Committee Report No. 300 to the Senate floor” last May 22.

According to Dooc, “the proposed amendment to the pension fund’s charter will expand the power of the Social Security Commission, enabling it to enhance the SSS’s benefit system and to condone penalties of delinquent employers without prior approval from the President of the Philippines.”