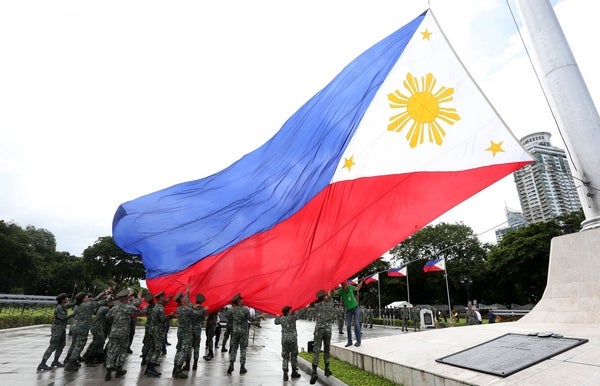 Members of the Philippine Marines lead the flag raising at Luneta Park on Tuesday. /Inquirer photo

To honor and remember the Filipino women abused by Japanese soldiers during the Second World War, various groups who campaigned for the reinstallation of the “Comfort Woman” statue along Roxas Boulevard held a ceremony for the victims on Tuesday, Independence Day.

“We remember innumerable Filipino women who fell victims to the atrocities of the Japanese Imperial Army: the Filipino ‘Comfort Women’ whose struggles, almost 30 years since they came out publicly, are being relegated to the dustbins of our history,” Intergroup coalition #Flowers4Lolas said in a statement.