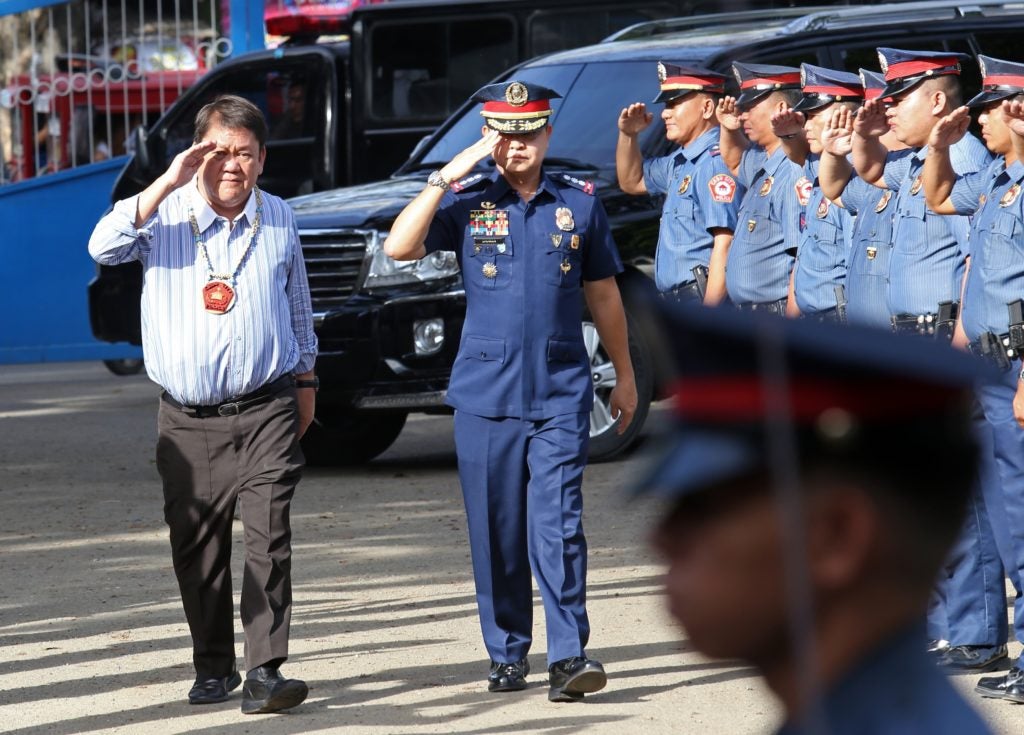 Policemen have to regain the respect and trust of the public.

And Cebu City Mayor Tomas Osmeña believed that publicly parading police scalawags would be one way to do it.

Osmeña said he would fully support Senior Supt. Joel Doria, director of the Cebu City Police Office (CCPO), should he implement a shame campaign against erring police officers under his jurisdiction.

“It’s good that the idea came from him. That means he really wants to clean up (the CCPO of scalawags),” said Osmeña.

The mayor said that law enforcers who violate the law shall not be tolerated.

Osmeña added that Doria should implement the shame campaign as soon as possible as he believed that Doria’s term as CCPO director might end before it could be done.

“You know his term might be ending anytime soon. So if he can do it now, fine. He has my full support,” said Osmeña in a press conference on Tuesday.

According to the Philippine National Police (PNP) manual for police chiefs, the officer can only stay in his assignment for two years before he or she is transferred to another unit or area.
Doria was assigned to CCPO in July 2016 and will mark his two years in Cebu City police next month.

On Wednesday, Doria said that he would be willing to present erring police officers to the media if their higher ranks in Camp Crame would issue such directive.

But Doria stressed that at the moment, there is no such directive on publicly shaming rogue cops.

“If there’s a directive from our higher ups, then we will implement it. But at present, there’s none,” he said in an interview on Thursday.

“Actually, it’s the media who opened the topic. Someone asked me about it so I said we will implement it if there’s a directive. It is only through the directives that we will know the procedures or guidelines,” he added.

Although he has no idea on how any shame campaign against police scalawags will be done, Doria said it will definitely not through presenting arrested policemen to the media.

“Presenting suspects to the media is no longer allowed now,” he said.

The Commission on Human Rights in Central Visayas (CHR-7) was quick to criticize such plan.

“We all know that such measure is inconsistent with the human rights standards enshrined in the 1987 Constitution, particularly on the right of a person to be presumed innocent until his guilt is

Odron said that shaming a person for his faults is not a legal remedy under the country’s legal system.

“Let us remind the PNP to always respect human rights and faithfully observe the principle of due process and the rule of law,” Odron said.

Cebu Provincial Police Office (CPPO) director Senior Supt. Manuel Abrugena, also said that he would not approve of such policy if it means violating human rights.

“I am adhering to the observance of human rights and if such method is in violation of it, I don’t go for it,” said Abrugena.

PNP chief Director General Oscar Albayalde recently decided to no longer present crime suspects in respect to human rights especially that suspects are not yet convicted of any crime.

However, Osmeña said that the opinion of the CHR is the least of his concerns.

“I don’t care about CHR. I never cared about them. CHR protects the criminals. They don’t protect the victims of the criminals,” Osmeña said. /WITH REPORTS FROM CNU INTERN LAKSMI NARAYAN CañEDO, ADOR VINCENT MAYOL, NESTLE L. SEMILLA AND MOREXETTE B. ERRAM