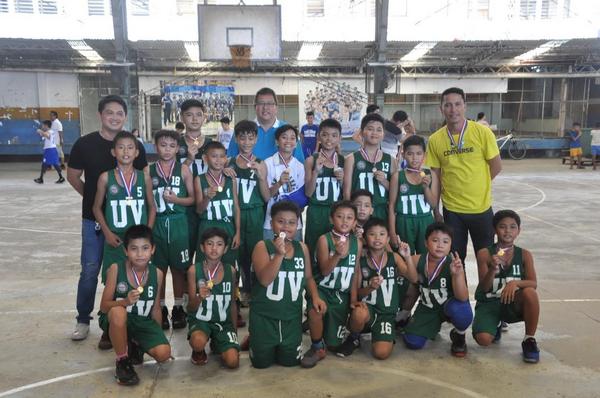 Members of the UV U-12 team show off the medals they won in the CYBL hoops tournament. contributed

The University of the Visayas (UV) continued to burnish its reputation as the best grassroots basketball program in the region as it defeated the Sacred Heart School-Ateneo de Cebu, 36-26, to claim the championship in the under-12 division of the Cebu Youth Basketball League Summer League last weekend at the Ateneo de Cebu basketball court along Mango Avenue.

The game was tied at 19-all heading to the final canto when UV took over the game with a blistering 15-2 blast that placed the team firmly in front, 34-21, with just 3:30 left in the game.

Reezan Gonzaga, Kent Castro and Kurt Escuadro all pitched in during that difference-making salvo that helped the Ronald Bucao-mentored squad add yet another piece to the enormous UV trophy case.

Gonzaga paced the winners with 12 points.