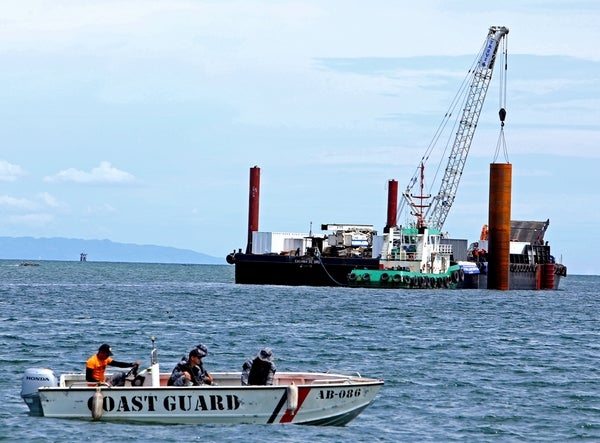 A Coast Guard boat patrols the seawaters off Cordova town as another boat with a crane does the ceremonial laying of a post of the Cebu- Cordova Link Expressway (CCLEX) in the area.

Prospects are high for the third-class municipality of Cordova as construction of the third bridge connecting mainland Cebu to Mactan Island starts.

Land value is expected to increase as more investors are seen to consider the town as an investment destination.

For property management and research firm Colliers, the Cebu – Cordova Link Expressway (CCLEX) project should beckon property developers, both local and national, to pursue development projects in the town which is on the same island as the Mactan Cebu International Airport (MCIA).

For developers, our recommendation will be to look at the land bank within Cordova that they could acquire as early as now. If they don’t have the current land bank, they could partner with local developers,” said Colliers’ Research Manager Joey Bondoc, in an interview. 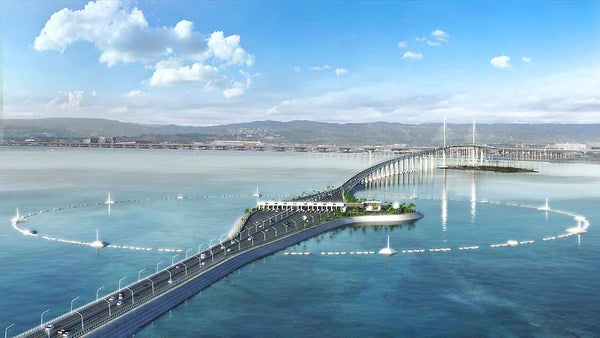 Since Cordova is on Mactan Island, Colliers suggests that developers look at leisure-oriented estates and townships to be built in the town in order to capture the expected increase in the number of tourists coming to Cebu with the opening of MCIA’s Terminal 2 just last July 1.

The alternative link provided by CCLEX, which removes the need to pass through Mandaue City when coming from Mactan going to Cebu City, will make Cordova town attractive to investors, Bondoc added.

According to Bondoc, bigger national developers could bring in their expertise in developing large expanses of land and partner with local developers and homegrown brands in pursuing projects in Cordova.

“The CCLEX is one of the projects that we mentioned that will complement the recently completed Terminal 1 of the MCIA. Since it’s part of Mactan, it will boost not just Lapu-Lapu City but also Cordova,” he said.

Last Thursday, the civil works contractor of the project and CCLEC officials started with the ceremonial piling works for the project.

The civil works contractor of the project is the Cebu Link Joint Venture (CLJV), a consortium of Spain-based Acciona Construccion S.A., and Philippine-based First Balfour Inc. and D.M. Consunji Inc.

Providing inter-island connectivity, which helps decongest traffic going to and from Mactan Island is also a contributor of growth in economic activities.

“This is really a very important infrastructure that will bring about economic development not only in the two local government units but the entire Province of Cebu and the entire region of Central Visayas,” Carreon said.

With this is an expected offshoot which is the increase in the value of land and the selling prices of these properties.

While this may contribute to a higher cost of doing business for investors wanting to go to Cordova, Carreon said this is negated by the economic benefits that can be derived from doing so.

CCLEC President and General Manager Allan Alfon said that the CCLEX project would transform Cordova into an “investors’ paradise.”

In fact, he said, he’s heard several investors had already expressed interest in setting up shop in Cordova including a big developer of industrial estates that would want to locate in the town and introduce multi-national locators there.

He said that there are also some real estate developers, both local and from Manila, that are looking for properties to buy in Cordova.

He said these developers are interested in putting up residential condominiums, horizontal developments, and even commercial and leisure developments like hotels.

In order to prepare for this economic boom, the local government of Cordova has also started pursuing projects to improve their town as early as now.

Cordova Mayor Mary Therese Sitoy-Cho said they had already started talking with the Department of Public Works and Highways (DPWH) in improving road networks in the town through road widening and road concreting projects.

They have also started implementing a traffic code in the town.