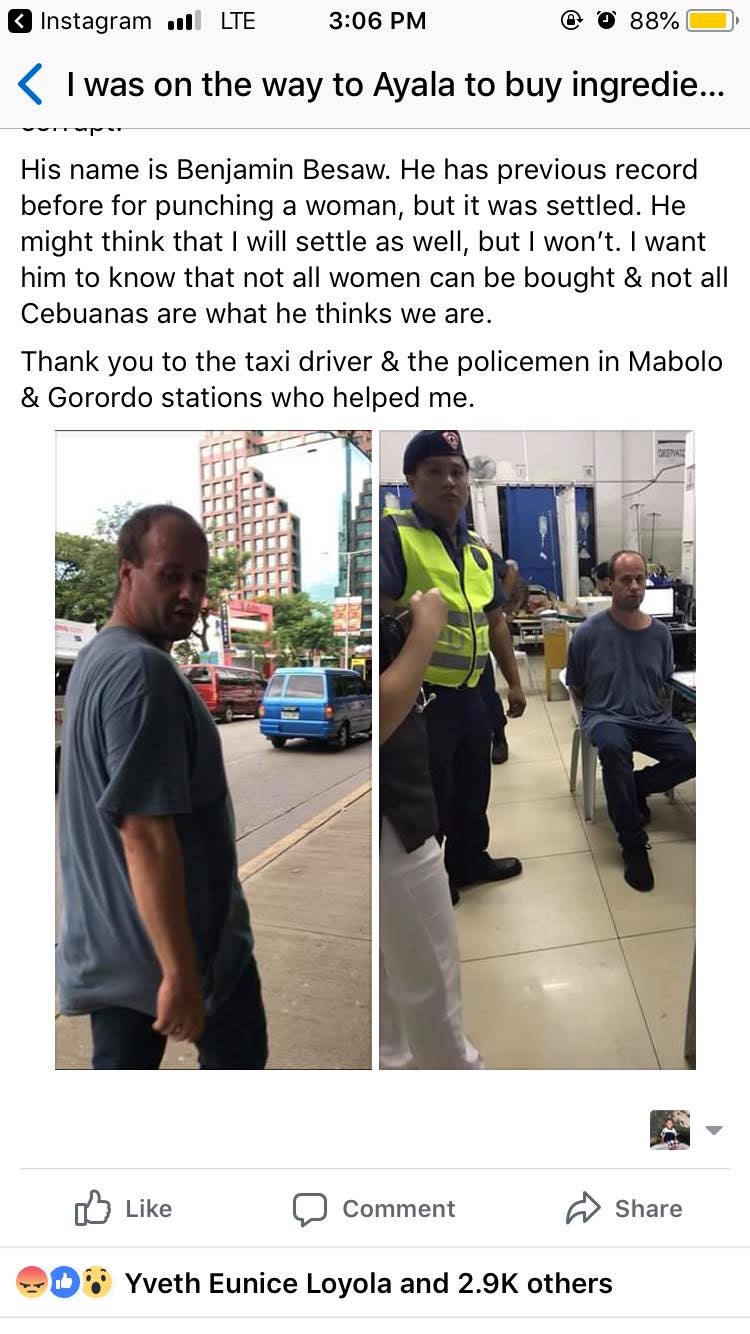 A student and a taxi driver will file charges of sexual assault and physical injuries against a Canadian who was arrested for allegedly attacking them in a shopping mall in uptown Cebu City last Sunday.

Janet Vino, a native of Pampanga, posted in her Facebook account how she was allegedly attacked by Benjamin Besaw, a 30-year-old Canadian.

Vino was trying to park her car when Besaw allegedly started to hit her vehicle and then eventually her.

Besaw is detained at the Gorordo police precinct and had yet to secure a lawyer. /Zena V. Magto USJ-R Intern