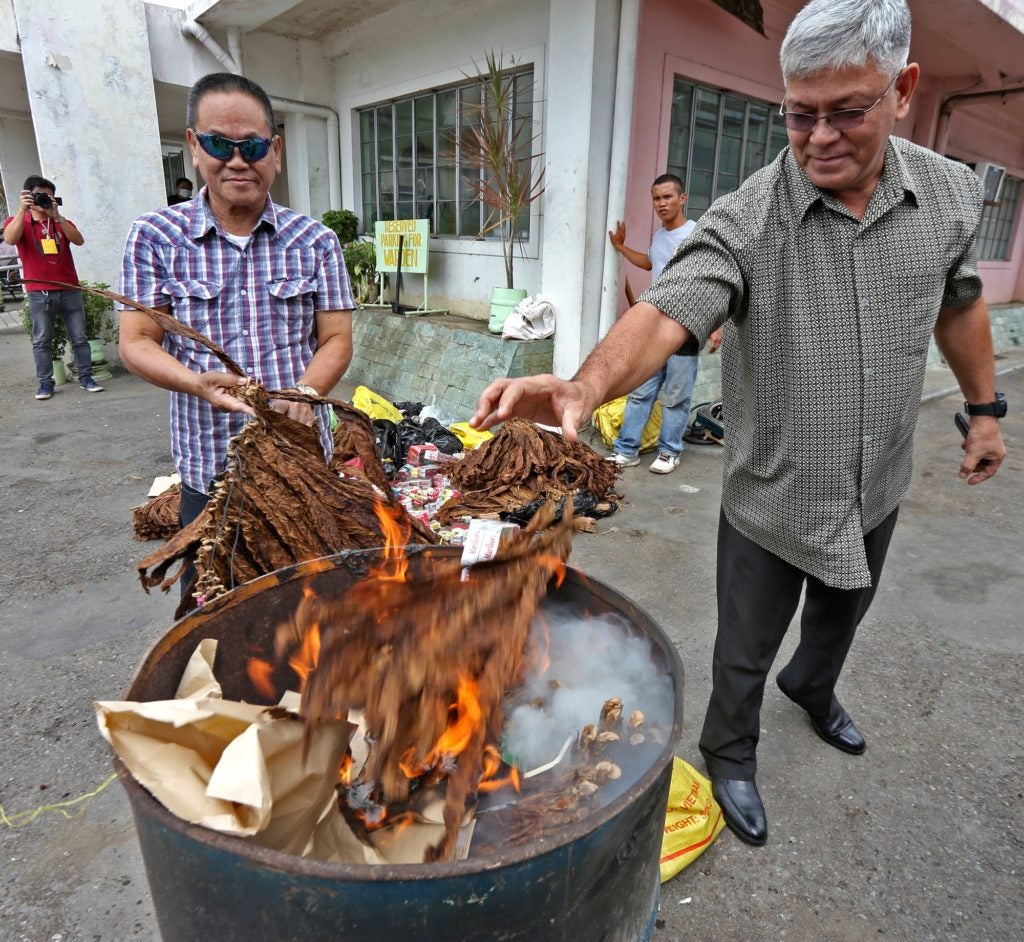 Cellphones and chargers, knives and other paraphernalia were either torched or crushed under vehicles by jail officials as part of efforts to clear the CPDRC of contraband.
CDN Photos/Junjie Mendoza

ABOUT 1,634 assorted contraband items confiscated in Greyhound operations at the Cebu Provincial Detention and Rehabilitation Center (CPDRC) were destroyed in simple rites yesterday.

CPDRC Warden Reynaldo Valmoria said the five sachets of shabu confiscated during Greyhound operations that began during his term last May were turned over to the regional office of the Philippine Drug Enforcement Agency (PDEA).

Among those detained at the CPDRC are suspected drug lord Alvaro “Barok” Alvaro.

Among the contraband destroyed were 1,519 cigarettes, 33 cellphone chargers and 82 cellphones.

The devices were crushed under a truck while the rest of the items such as cards and knives were burnt.

Valmoria also announced that they will segregate the inmates based on their cases amid renovation plan for the CPDRC.

Valmoria said a separate cell will be built to house women inmates who will be segregated from the rest of the prison population that now stands at more than 3,000. /USJ-R Intern Gerard Vincent Francisco

Read Next
Demolition at Arellano Blvd. on hold