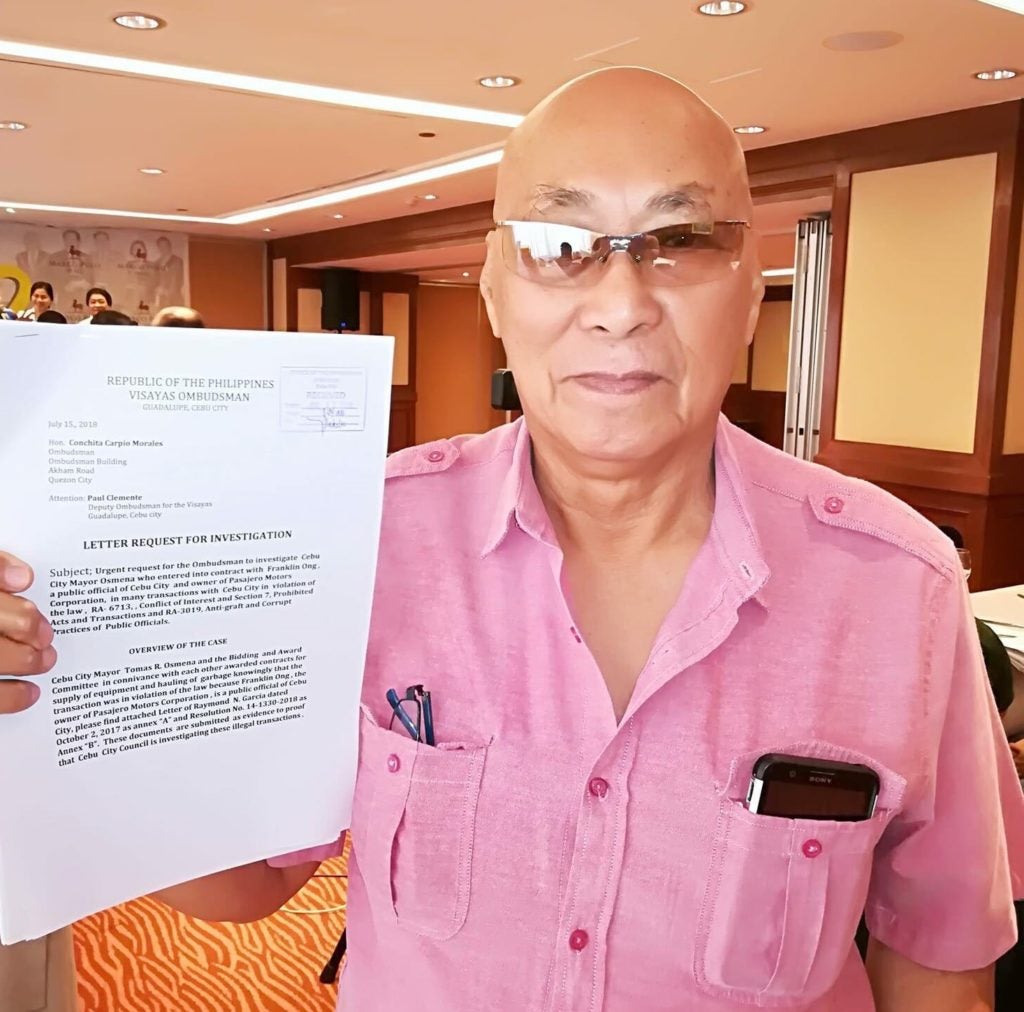 Whistleblower Crisologo Saavedra has filed a complaint against Cebu City Mayor Tomas Osmeña, members of the Bids and Awards Committee (BAC) of the Cebu City Government, and Captain Franklyn Ong, before the Office of the Ombudsman for conflict of interest.

Saavedra told reporters that there is a conflict of interest after the city government authorized Pasajero Motors Corp. (Pamocor) to haul the city’s garbage.

Pamocor is owned and operated by Ong.

“It is a violation of RA 6713. I filed the complaint this morning. And for the record, nobody influenced me on filing the case,” he added.

Sought for comment, the mayor said that the city government conducted an open bid. Osmeña added that knowing the bidder personally is a ‘neutral circumstance.’

“Mr Ong did not participate in the last bidding. He also lost an earlier bidding,” the mayor told Cebu Daily News in a text message.

On the other hand, Ong said that he cannot stop Saavedra from filing a complaint.

“We can answer that in court,” Ong added.