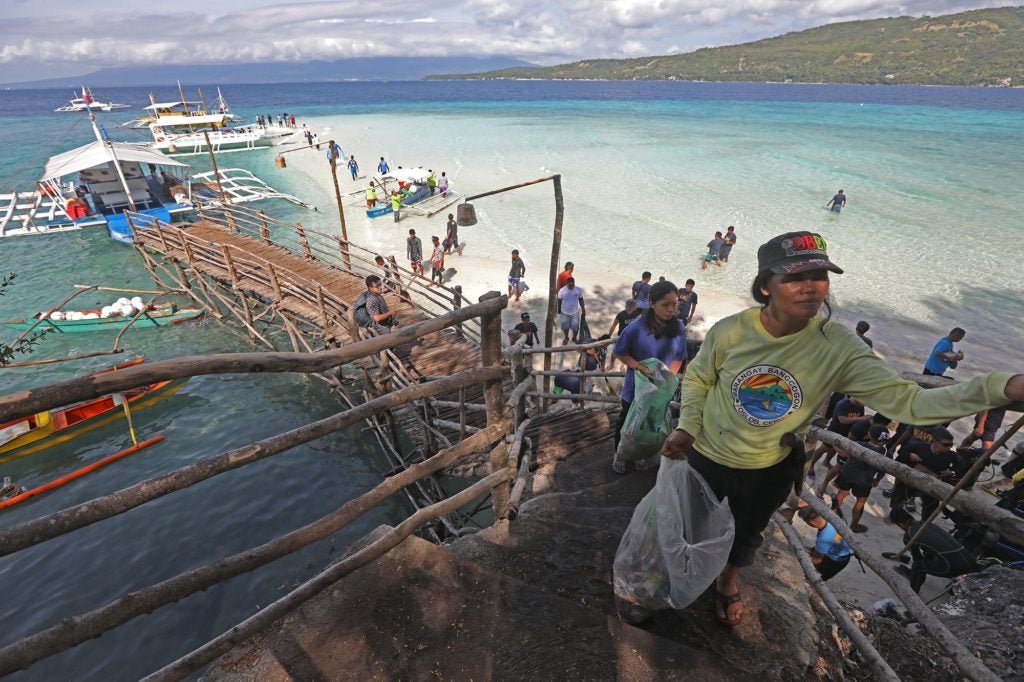 Four months since the local government of Oslob in southern Cebu started to implement a cleanup drive on Sumilon Island, garbage volume at the popular tourism destination has already decreased by around 80 percent.

Alex Gumapon, Oslob town’s monitoring tourism personnel, said they have been doing coastal clean up on the island resort known for its sandbar and dive sites, every third Wednesday of the month since April.

Gumapon said that they have also been able to successfully bar tourists from entering the sandbar and diving site during their clean up, except for guests of a private resort located in the island.

“Meron pong sea warden na laging nag-iikot para wala talagang magdive man lang within the vicinity of the island (There are sea wardens who go around the island to make sure that no one would even dive in the area),” Gumapon told Cebu Daily News.

In April, Mayor Jose Tumulak Jr. ordered a week-long closure of a portion of the 17-hectare island for its rehabilitation.

In the months of May and June, the group collected 452 and 180 kilos of trash respectively.

Gumapon said they are yet to determine the volume of garbage which they collected during their fourth cleanup drive on Wednesday morning.

Read Next
HIV cases up, AIDS cases go down in Cebu last year