Tomas to CIDG-7: ‘Make a fool of yourselves’ 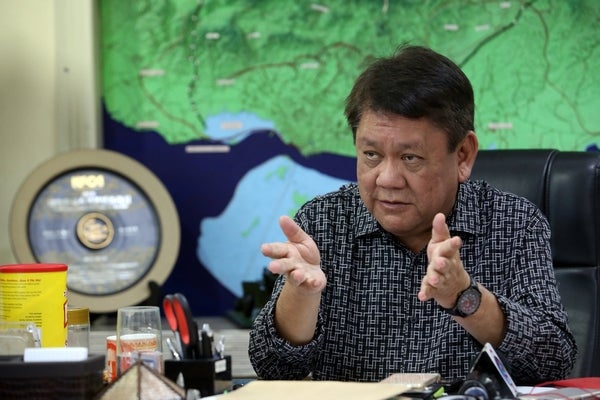 “Go ahead and make a fool out of yourselves”.

This was the response of Cebu City Mayor Tomas Osmeña to the plan of Criminal Investigation and Detection Group in Central Visayas (CIDG-7) to file a case against Councilor and Deputy Mayor for Police Matters Dave Tumulak.

CIDG-7 is eyeing to press charges against Tumulak for obstruction and justice and physical injuries.

Osmeña said the actions of CIDG-7 are nothing but pure harassment.

Tumulak was held at the CIDG-7 on Monday afternoon (July 30) for three hours after the killing of PO3 Eugene Calumba.

Calumba died in a gunfight with the bodyguard of Tejero Barangay Councilman Jessielou Cadungog on the same day.

“They (CIDG-7) can’t even stand on scrutiny,” said Osmeña.

Read Next
VECO: ‘Business as usual amid union protest’