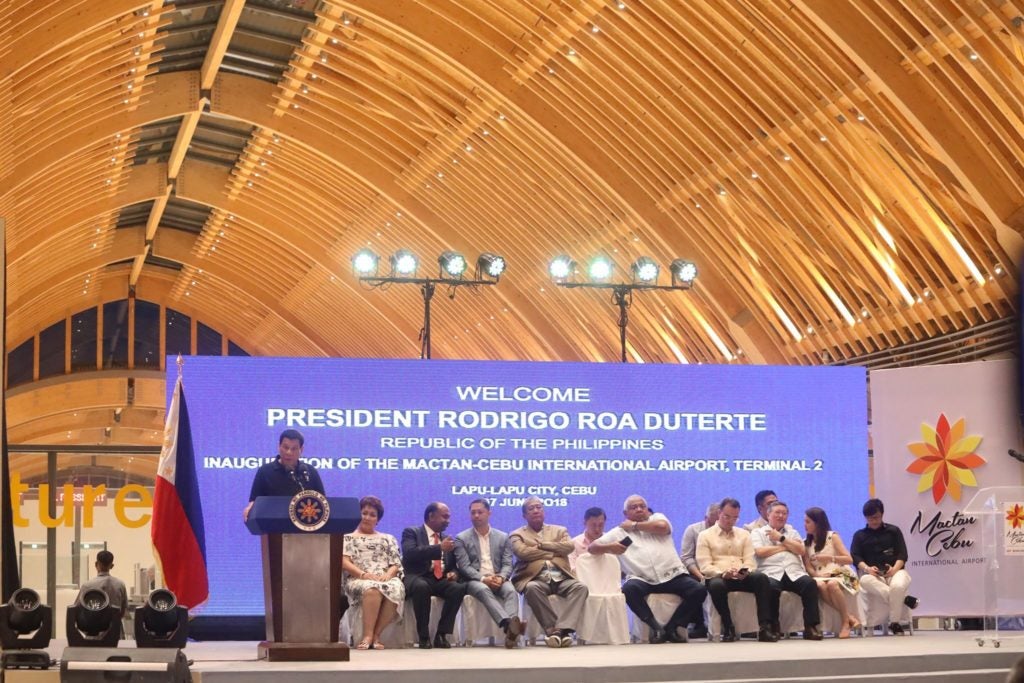 President Rodrigo Duterte described Terminal 2 of the Mactan Cebu International Airport as a tourism showcase during its inauguration last June.

The private operator of the Mactan Cebu International Airport (MCIA) said yesterday they will fix the rainwater outflow in the link-bridge of the newly opened Terminal 2.

“We apologize to all passengers for the inconvenience caused by the overflow of rainwater at the departure link-bridge at MCIA Terminal 2,” GMR-Megawide Cebu Airport Corp. (GMCAC) said in a statement.

Photos that showed the link bridge’s floor soaked with rainwater circulated in social media. GMCAC said they are already undertaking “corrective measures” including inspecting all road drains in Terminal 2.

Passengers will have to pass through the link bridge which connects the drop-off area to the departure hall to reach the entrance to the Terminal 2’s departure area.

The area has a roof but its sides are open with no covers. GMCAC said they are considering to install exterior blinds at the link-bridge to prevent rainwater coming in from the sides.

“We thank everyone for their patience and understanding as we go through the transition phase to fully deliver the level of service expected of a first-world airport,” they said.

The new terminal is expected to increase the MCIA’s capacity to 12.5 million passengers a year.

It caters exclusively to international flights to and from Cebu.

In a separate press conference in Manila yesterday, Transportation Secretary Arthur Tugade also called on the GMCAC to immediately address the issue.

Tugade said he was informed by GMCAC Chief Executive Adviser Andre Harrison that the gutter-deep flood on the link-bridge was caused partly by clogged drainage lines outside the terminal.

As of yesterday, the link-bridge was already passable.

Read Next
Mandaue gears up for Charter Day