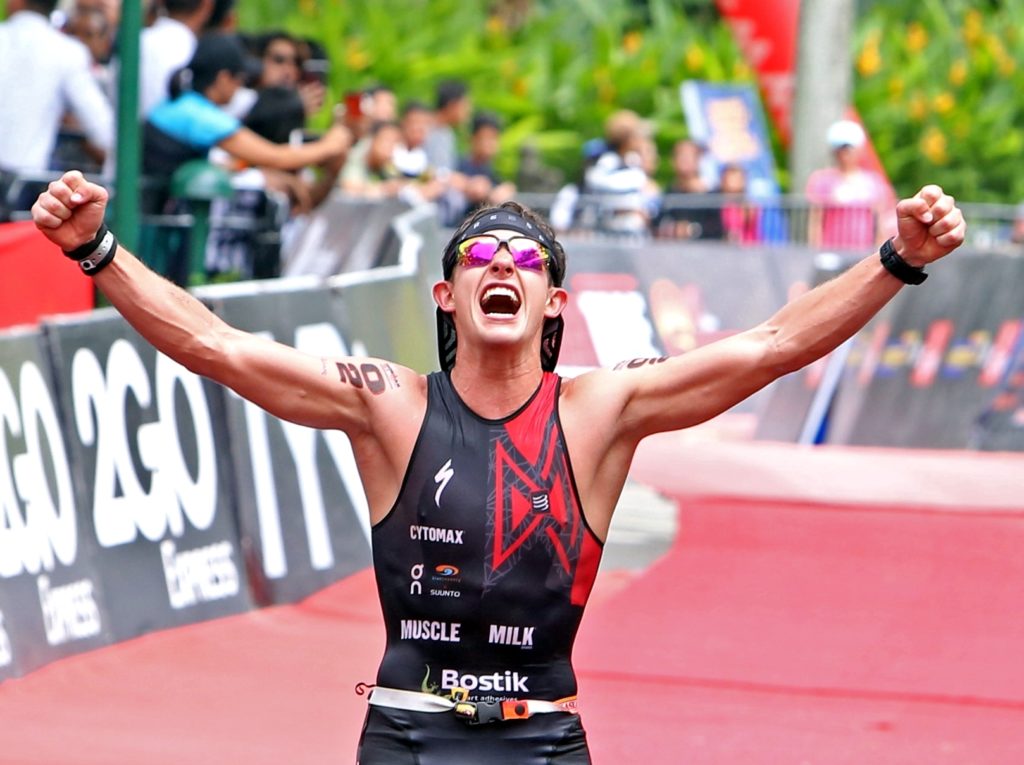 IT’S TOUGH to beat someone inspired to reach a goal.

Mauricio Mendez of Mexico proved this on Sunday when he was crowned men’s pro division champion of the Regent Aguila Ironman 70.3 Asia Pacific Championships.

The 22-year-old Mendez was determined to win the race for his uncle who passed away two years ago.

“This race was for especially my close friend, my uncle, who died two years ago in a car accident. This race is dedicated to him,” said Mendez, who clocked three hours, 46 minutes and 45 seconds.

Bermuda’s Tyler Butterfield, a first timer in the Ironman Cebu, came in at second place with a time of 3:47.39 while New Zealand’s Braden Currie rounded off the top three, clocking 3:48.12.

Mendez, the inaugural Alveo Ironman 70.3 Davao champion and the reigning Xterra World Champion, said it was a good race overall.

“I would say this race is [among the] top three races in my life. There was no sun but it was kind of humid. I felt really good,” he said.

Reed (3:52.51) settled for fourth place, admitting he was out of shape for the race.

“Realistically, I was aiming for the top five because I am not in my winning shape. I was just racing as well as I could to land a top five,” he said.