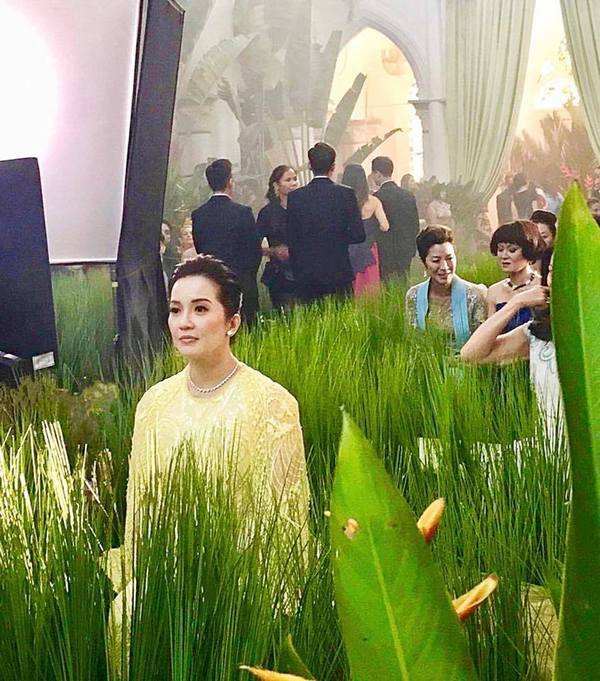 QUEEN of All Media Kris Aquino looked back on her “Crazy Rich Asians” journey by thanking some of the people who have helped her make it happen.

On Instagram, she shared a back shot of the yellow gown she wore as Princess Intan in a scene in the movie. The gown was designed by world-class Filipino designer Michael Cinco.

“I chose this picture as my last post before we fly home because, for the rest of my life, I shall look back at the experience of being part of @crazyrichasians as a turning point,” Aquino said.

Aquino recalled that she auditioned to get the role.

“I felt when auditioning for this that there was absolutely nothing left to lose and whatever I was included or not, I gave it my very best,” she continued her Instagram post.

“Crazy Rich Asians” is a movie based on the bestselling novel of Kevin Kwan. Directed by Jon M. Chu, it stars Constance Wu and Henry Golding.

Aquino said she was also thankful to meet Filipino Americans who supported her during the world premiere of the film.

Last August 7, the Queen of All Media with her son Bimby attended the movie’s red carpet premiere at the TCL Chinese Theatre in Hollywood, California.

When she arrived at the venue, Aquino approached and greeted her Filipino American fans.

“Made me realize that the greatest gift this movie gave me that special opportunity to make us Filipinos feel good about ourselves and our contribution to the global workforce,” she said.

In her post, she also recognized Filipino designer Michael Leyva for the yellow classic modern Filipiniana which she wore during the world premiere.

“Tonight’s premiere, walking down that imperial green carpet, in a yellow gown with a prominent yellow ribbon a lasting, meaningful symbol of sacrifice and the Filipino worth dying for, fighting for, and living for,” Aquino said.

She also thanked DiaGold, a Cebu-based jewelry company that lent her a pair of yellow drop earrings which she wore during the red carpet premiere.