Brownlee wants to be a Filipino 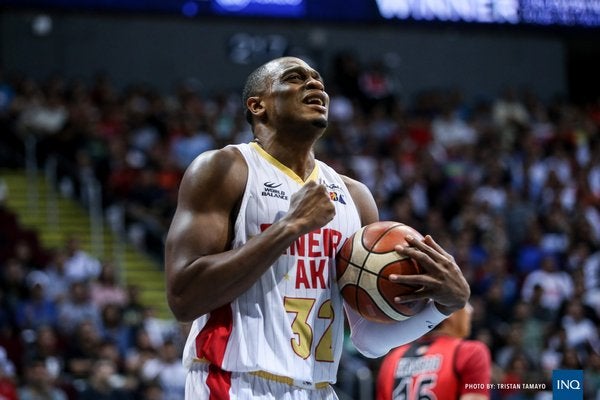 Justin Brownlee of Ginebra gestures in a game against San Miguel in the Finals. inquirer.net

NOT ONLY does Justin Brownlee wishes to play for Barangay Ginebra forever, he also wants the Philippines to be his permanent home.

“He said he can have a house here just like Norman Black or other imports who have fallen in love with the Filipinos and the Philippines.”

Brownlee first introduced himself to Filipinos in the 2016 PBA Governors Cup, where he led Ginebra to its first championship in eight years.

The 30-year-old Brownlee then, gave the Gin Kings two more titles in the 2017 Governors Cup and in the recently-concluded Commissioner’s Cup where he was also named Best Import.

There has been public clamor to naturalize the prolific Brownlee and make him available for Gilas Pilipinas.

Chua, however, said Brownlee is not in Gilas’ list.

Chua doesn’t think the 6-foot-4 Brownlee is what Gilas is eyeing for to be one of its naturalized player.

“I think they want someone who is tall so it’s out of the question,” he said. “Brownlee is small, but his heart is bigger than the Philippines.”

Read Next
For wetter or worse: Bride defies storm

TAGS: brownlee, Filipino, to be, wants