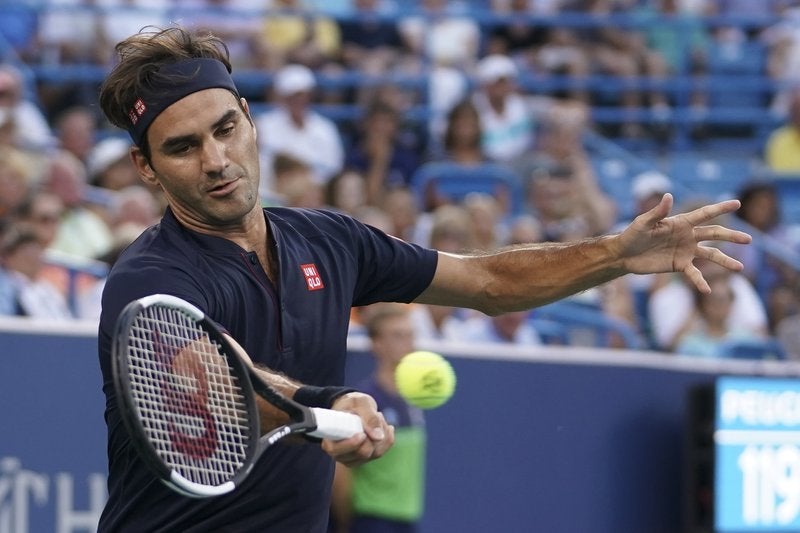 Roger Federer of Switzerland returns a shot in a game against Peter Gojowcyzk of Germany at the Western and Southern Open tennis tournament./ap

Mason, Ohio — Roger Federer made a successful return to the Western & Southern Open on Tuesday.

The day wasn’t so great for Serena Williams.

Federer advanced to the third round with a 6-4, 6-4 victory against Peter Gojowczyk, and Williams was eliminated by eighth-seeded Petra Kvitova in a 6-3, 2-6, 6-3 second-round loss.

Federer and Williams were making their first appearance at the tournament since they each won the title in 2015. Williams opened with a straight-set victory against Daria Gavrilova.

After a first-round bye, Federer extended his Cincinnati winning streak to 11 matches since losing to Rafael Nadal in the 2013 quarterfinals.

“It doesn’t feel like I have been away for so long here from Cincinnati,” Federer said. “I guess the wheel keeps turning. It’s not like I missed two years of tennis. It was a great pleasure to be back.”

The second-seeded Federer, refreshed from a month off after losing in the Wimbledon quarterfinals, became the tournament favorite when Nadal withdrew on Sunday night.

Williams also was knocked out in her last tournament at San Jose two weeks ago after reaching the Wimbledon final. Cincinnati was her fifth tournament since she had a baby last September. She has dealt with blood clots and recently said she has been struggling with postpartum emotions.

“You know, this is a long comeback,” she said. “I just began. I just started — definitely at the very, very beginning. I’m getting there, and I’m going to just continue to work hard, and hopefully, I’ll start winning more matches.” 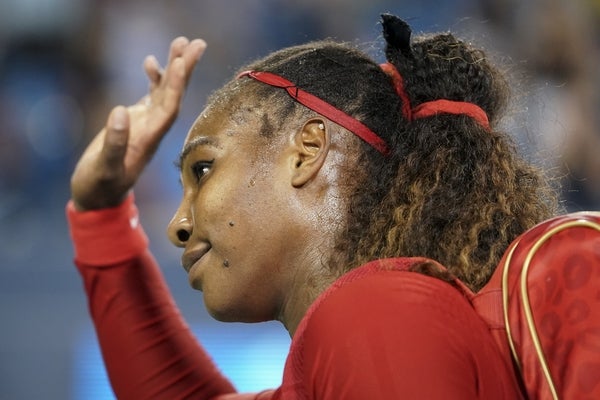 Serena Williams waves to the crowd after losing to Petra Kvitova of the Czech Republic.
ap

Pliskova moved into the second round by snapping a seven-match losing streak against Agnieszka Radwanska with a 6-3, 6-3 win.

“It means a lot because it was against her, and, like, you know, I never beat her,” Pliskova said. “We played so many times. I think I always played her at her best level the matches before, so it was always tough.”

“This year has been tough,” Kyrgios said. “I started the year very well. Then, obviously, I hurt my elbow. Then I had an ongoing hip injury. We have been definitely thinking about the options with my hip. You know, there is only so much you can do before you have to, you know, I guess, get surgery or something like that. You know, right now I’m just managing it.”