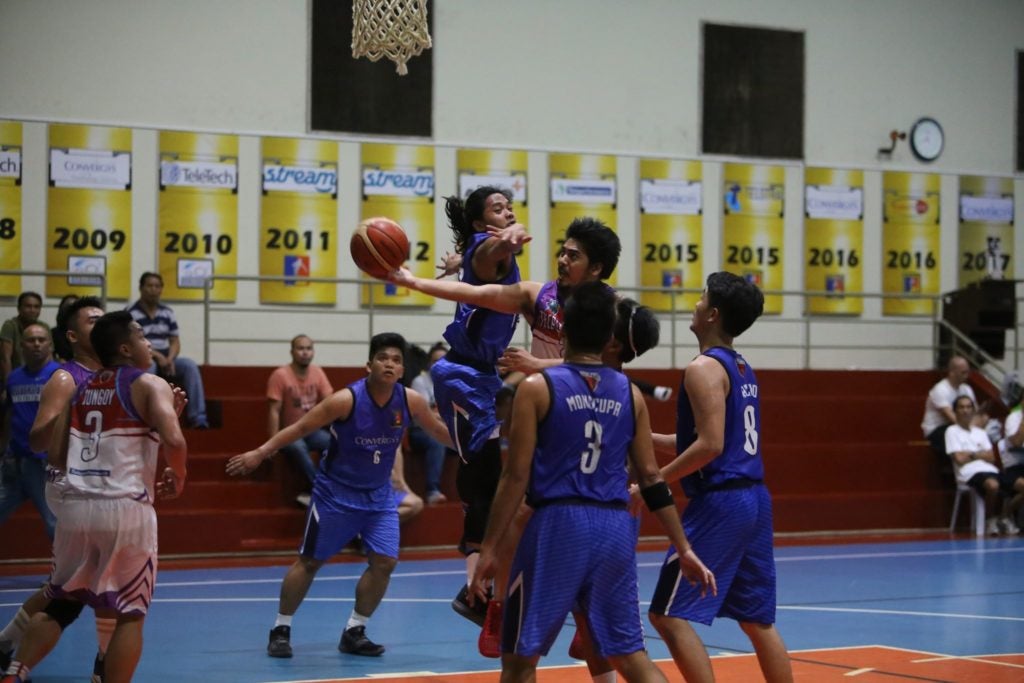 The Teleperformance Vipers swept the reigning champions Convergys Converters in the eliminations this season.

AFTER losing in the finals last season, the Teleperformance Vipers swept the reigning champions Convergys Converters in the elimination round with a 64-53 win in the Elite Classic division of the Tanduay Athletics E-Leagues for Basketball 2018 last Saturday at the City Sports Club-Cebu basketball court.

The Vipers got edged by Convergys for the championship last season, 2-1. With that defeat still ringing in their heads, Teleperformance refocused and put on a repeat performance of its 59-53 win over Convergys in the first round of the eliminations.

Mon Xavier Dico collected 13 points, 12 rebounds, two assists, two steals and a block to help the Vipers get their fifth win against a single loss to tighten their grip of solo second place.

Convergys, which fell to 2-3 (win-loss), got 12 from Michael Adam Pagdalian.

The top spot still belonged to the Accenture Sharks, which humiliated the QBE Generals, 86-51.

Versatile forward Archie Batua gathered 14 points, four rebounds and four steals, Junas Misa had 13 points, three assists and four steals while Jetro Gonzaga had 11 to push Accenture to its fifth win in as many outings.

In the Evo League class, the Dreamscape Lions roared once again with a 63-56 win over the Results Manila Spartans. The win was the Lions’ fourth in a row.

The JP Morgan Chase Bankers, meanwhile, won over the Cognizant Tech Solutions Gladiators, 58-46, for their fourth victory in five games.