Imee Marcos: Move on from ‘martial law’ past 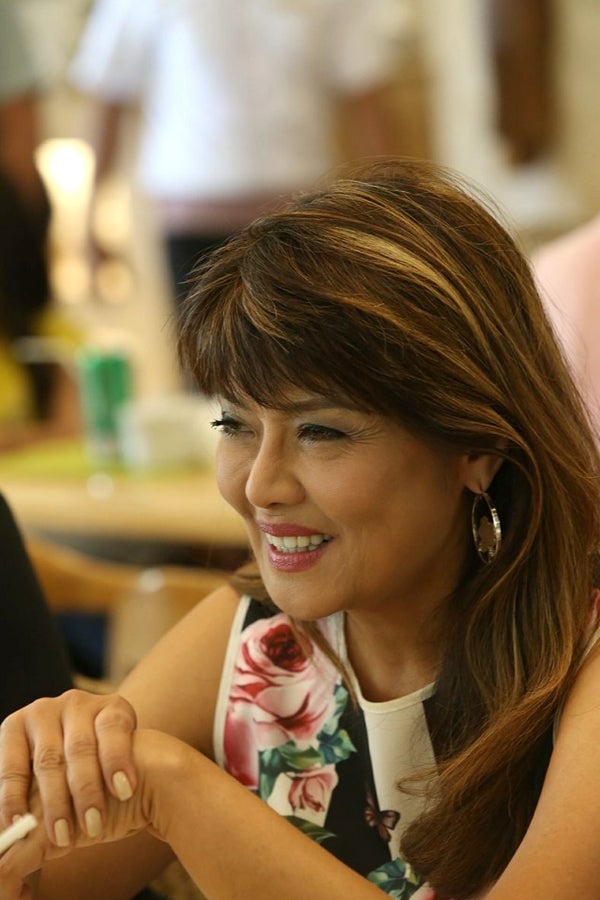 Ilocos Norte Gov. Maria Imelda Josefa “Imee” Marcos answers questions about the issues about her family, the martial law years and the August 21 during a press briefing at the Ayala Center Mall in Cebu City. CDN photo/ Junjie Mendoza

This was Ilocos Norte Gov. Maria Imelda Josefa “Imee” Marcos’ question to Filipinos, who continued to criticize her family.

Governor Marcos asked this question to Filipinos on the day when they commemorated the death of former Senator Benigno “Ninoy” Aquino Jr., whose death inspired the bloodless Edsa Revolution that ended with the overthrow of then President Ferdinand Marcos Sr.s’ regime and sent him and his family to exile in the United States in the 1980s.

Governor Marcos is the daughter of the late President Marcos.

In a press briefing on Tuesday in Cebu City, Governor Marcos said the feud between the Marcoses and the Aquinos was an old issue.

“The millennials have moved on, and I think people at my age should also move on as well,” said Governor Marcos, who was in Cebu to attend the opening ceremony of the Visayan Island Cluster Conference of the League of Municipalities of the Philippines at Radisson Blu Hotel.

She said the issues thrown at her family had become less important, and that it is better for Filipinos to just move on and unite for the good of the country.

“I’m not an apologist for my dad, and I think his work and his projects will have to speak for themselves,” she said of the accomplishments of her father, the late president Ferdinand Marcos Sr.

Asked what August 21 means to her family, Marcos said its nothing but the birthday of the wife of her younger brother, Ferdinand “Bong-bong” Marcos Jr.

“The conflict between the Marcoses and Aquinos happened a long time ago. We don’t need to keep hating people for a very long time. It’s not our way. We just need to go forward,” she said.

But Lawyer Democrito Barcenas, a martial law survivor, criticized Governor Marcos for her “move on” statement.

Barcenas, who was detained for three months when martial law was imposed in 1972 for joining groups opposed to then President Ferdinand Marcos, said in a text message sent to Cebu Daily News on Tuesday that in order for the people to move on from it (martial law years), the Marcoses should return what they stole from the country.

But 25-year-old Lhojie Bolotano, an office worker, said that he agreed with the Governor Marcos’ move on from the past, especially the martial law experience, statement.

Bolotano, who is considered one of the millennials, said that he might not be born during the martial law years but he believed that there was no reason not to move on.

“Nindot man siya hinumduman (Martial Law) pero gigamit naman gud siya (as black propaganda) sa uban and bati nakaayo og image. And motoo ko nga dili man siguro tanan bati og kaagi sa martial law (It is good not to forget (Martial Law) but this has been used (as black propaganda) by others and this has tarnished the image of what others had fought for those years. I also believe that what happened during the martial law years was not all bad),” said Bolotano.

Meanwhile, Governor Marcos shrugged off President Rodrigo Duterte’s statement to step down and offer the presidency either to Bongbong Marcos or Senator Francis Escudero.

“Thanks, but no thanks. It is an honor for the family, but, right now, we need President Duterte,” she said.