Pagasa: Be ready for rainy weekend 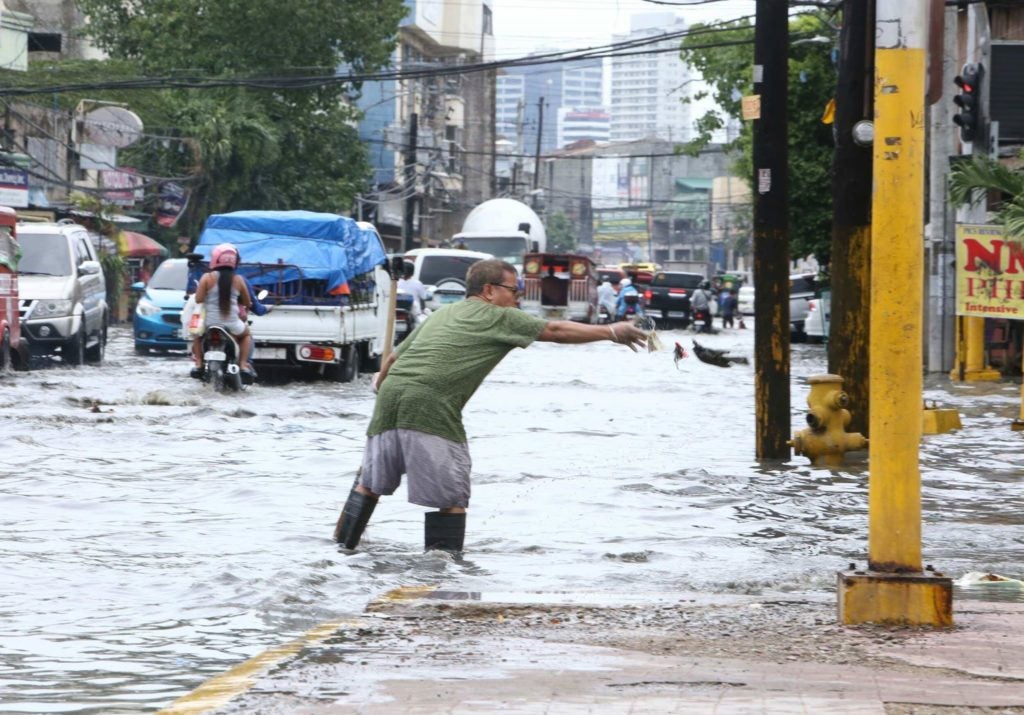 An unidentified person throws his collected plastics that clogged the drainage and caused flooding in the street of MJ Cuenco after heavy rain.

FOR just 30 minutes of rain, several areas in Mandaue and Cebu cities were already submerged in knee-deep floods resulting in heavy traffic as the state weather bureau warned that weather in Metro Cebu will be damp for the next three days.

“We are also expecting isolated rainshowers due to the localized thunderstorms. There is also a low-pressure area (LPA) present within PAR (Philippine Area of Responsibility). Although it will not directly hit Cebu, its extension will bring rains in the province,” explained Singson.

As of 3 p.m. yesterday, Pagasa spotted the LPA at 630 kilometers east of Guiuan, Eastern Samar.

On the other hand, the Traffic Enforcement Agency of Mandaue (TEAM) posted on its Facebook page that flooding forced passing vehicles to slow down while traversing A. S. Fortuna Street near the vicinity of the Cebu Rolling Hills Memorial Chapels and along M.C. Briones Street on their way to J. Lopez Jaena Street in Barangay Tipolo.

Moderate traffic was also experienced along A. Soriano, D.M. Cortes, A.C. Cortes and JP Rizal Streets at around 12:31 p.m. while it rained.

Pagasa said in a 10 a.m. advisory on Thursday that light to heavy raining with lighting and strong winds will be affecting the cities of Cebu, Mandaue, Talisay, Naga and Danao and the municipalities of Minglanilla, Consolacion, Liloan and Compostela in Metro Cebu and Balamban town in the midwestern part of the province.