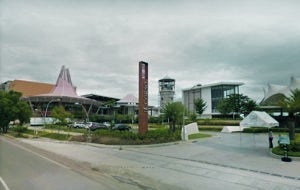 AS THE Christmas season nears, Filinvest is also preparing to open a portion of its lifestyle mall in the South Road Properties (SRP).

Il Corso, the 10-hectare al fresco and waterfront mall of Filinvest Land Inc. at the South Road Properties (SRP), will already open some of the tenants by December this year.

George Calles, marketing manager of Filinvest Lifemalls, said that aside from some of the mall’s tenants, they will also be opening four state-of-the-art cinemas at the Il Corso by December.

“We will open one side of Il Corso within the fourth quarter. Our target is before Christmas since this is the time when people go out and spend,” he said in an interview with reporters.

Currently, only two restaurants are open at the Il Corso – Gusto Mare and Parilya.

By 2019, Calles said they will also be opening another portion of Il Corso that will be home to some anchor stores which will include Rustan’s Supermarket.

The Il Corso is part of Filinvest’s 50-hectare City di Mare development at the SRP.

While most of the remaining mixed-use 40 hectare area has not been developed yet, there are already two residential projects there – the Amalfi and Sanremo Oasis.

According to Filinvest Land Marketing Manager Kat Mercado, out of the 1,300 units of Amalfi, 70 percent are already sold.

On the other hand, for Sanremo, six of their seven residential buildings have been sold.

“There is already a community of around 600 families for both projects. There’s also a big number of transients here already,” Mercado said during a tour of the site last Wednesday.

City di Mare Senior Project Development Manager Dolly Macam said the rest of the project site will be home to other locators that will include business process outsourcing (BPO) towers, and high-end, high-rise residential buildings.

As part of their preparation for the opening of Il Corso and also for the benefit of their unit owners in their residential projects, Filinvest has partnered with Metro Rapid Transit Service Inc. (MRTSI), which operates the MyBus buses.

With the partnership, MyBus buses are now passing to and from three different stops within City di Mare.

Starting last September 1, residents and passengers within the City di Mare are able to go to as far as Talisay City in the south and up north until the Mactan-Cebu International Airport (MCIA).

Bus fares are similar to other stops and range between P25 to P40.