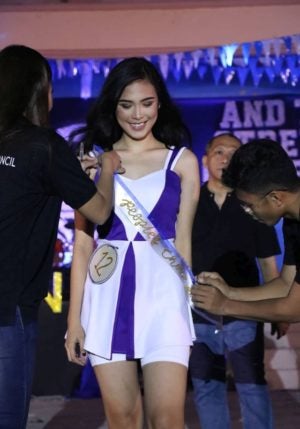 GRADES 12 and 9 conquered the first day of the Don Bosco Technical College – Cebu’s Intramurals which opened last Friday at the DBTC Gym in Labangon, Cebu City.

It was a day full of colors and talent as the students showed off their dance skills in the “Pasigarbo sa Don Bosco” dance competition, which was the main highlight of the opening.

The Grade 12 students were hailed as champions in the Pasigarbo’s top 3rd Division and was followed by the College Department and Technical-Vocational Education at first runner-up and second runner-up, respectively.

Grades 7 and 8 were awarded as third and fourth placers, respectively.

DBTC Sports Moderator Maxel Semblante said that their opening program went just according to plan and their focus for this year was more on maintaining security inside the campus.

In the elementary division, the Grade 1 students bagged first place after impressing the judges with their clean and entertaining hula hoop routine.

Grades 3 and 2 trailed them at second and third, respectively.

Grade 5, who used the season Spring as their theme, went home victorious in the “Four Seasons”-inspired upper Elementary (Grades 4, 5, and 6) division while Grade 4 placed second.

Grade 6, on the other hand, salvaged a third place finish.

Read Next
TCC to use cash prize for sports program