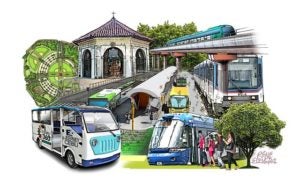 A decade and two years from now in 2030, the roads of Metro Cebu will be wider and travel time will be a whole lot faster.

Cebu will also see the beginnings of an efficient mass transport system which will bring the metropolis on its way to a completely sustainable growth by 2050.

Such is the vision of Mega Cebu, a multi-sectoral consortium of private sector and government stakeholders created in 2011 that envisions sustained urban growth in Metro Cebu in the next 30 years.

Traffic experts and transport groups in Metro Cebu remained optimistic that while solving traffic congestion is an uphill climb, Cebu’s future generation may no longer have to endure horrendous traffic jams that have become the current norm.

“We have to look forward to our future, and doing that means our actions of today must be aligned for what’s ahead – in terms of short-term, medium-term, and long-term approaches,” said Ryan Benjamin Yu, leader of Central Visayas’ largest transport group, Citrasco (Cebu Integrated Transport Service Multipurpose Cooperative ).

Glenn Soco, chair of the Infrastructure Development Committee of the Regional Development Council in Central Visayas (RDC – IDC), also called for the cooperation of private individuals to help solve traffic.

“The solutions have to start with us. The people are part of the solution, Undeniably, if you want to live in Cebu, you will have to experience Cebu – both the bad and good in its progress. Traffic, that is one of the bad parts,” Soco said.

But as the government and the private sector work hand in hand in creating solutions to Cebu’s urban problems, there is much hope for the future.
Sustainable growth

In a study crafted by the Japan International Cooperation Agency (Jica), together with the Metro Cebu Development and Coordinating Board (MCDCB) and Mega Cebu, the agency said that for sustainable growth to be achieved, the problems that come with rapid urbanization such as flood control, waste management, energy, and traffic and transportation have to be addressed.

Jica projected that employment in Metro Cebu will reach two million by 2050, and demand for land use needed for urban development will be at 12,120 hectares.

As a result, the magnitude of economic activities in Metro Cebu will be almost 15 times as large as their 2010 level, where it is almost the same as Korea’s as of 2010,” Jica added.

Increasing population, an increase in employment, and a rise in other demands would translate to more and more people using the roads.

This is why it is important to assess and determine the volume-capacity (v/c) ratio of the streets in Metro Cebu, the study said.

The v/c ratio is used to measure the total number of vehicles plying through an area in a given period of time. It serves as an index to determine the quality of the traffic volume.

According to the Jica study, three local government units in Metro Cebu are experiencing moderate to heavy traffic.

The agency predicted that the v/c ratio of all 13 LGUs comprising Metro Cebu will exceed 1.50 by 2030, if nothing is done to ease traffic. Such is considered alarming.

“If all the priority projects were implemented together with the existing arterial road widening and the intersection improvements in Metro Cebu, traffic condition would drastically improve in 2030,” JICA

The five projects are expected to cost P209 billion.

The MCCR is a 21-km bypass road from Naga City in the south to Danao City in the north, that overlaps the 70-kilometer Metro Cebu Expressway.

The civil works for the expressway started last July with an initial budget of P300 million. Both the Department of Public Works and Highways (DPWH) , which is the implementing agency for the expressway and MCDCB are expected to meet and merge the two projects as one.

The UMRT system, on the other hand, consists of two railway projects — one going to the central line or around the urban center and another along the coastal line of Metro Cebu.

A feasibility study on the central line railway will start in 2019 and will be completed in one year, the Jica study suggested.

Based on the tentative timeline for the P106 million project, the detailed engineering design of the central line railway could start in 2021 while its construction phase could be from 2023 to 2027.

The UMRT Central Line would traverse Talisay City in the south to the northern town of Consolacion.

The Coastal Line, however, will take a little longer since its feasibility study is not eyed to commence until 2022 and its detailed engineering design in 2024.

Jica proposed that the construction phase of the P47-billion Coastal Line could start in 2026.

The project, which will cover the coast of Cebu mainland to Mactan Island, is expected to be completed in four and a half years.

In the meantime, the P10 billion ATC system, composed of a synchronized traffic signaling system and traffic information system for Metro Cebu has been endorsed by the Regional Development Council in Central Visayas (RDC-7) to the Department of Transportation (DOTr) so that a budget for its feasibility study can be included in the 2019 budget of DOTr.

A preliminary study for the fourth Mactan bridge by Jica recommended that the bridge be built at the Mandaue Coastal Road traversing 640 km to the National Highway near the Mactan-Cebu International Airport in Lapu-Lapu City.

This bridge is expected to cost at least P6.9 billion and will be operational by the middle of 2023.

Based on the timeline presented by Jica, a feasibility study for the bridge can be conducted in the last quarter of 2018 and finished before the fourth quarter of 2019.

The detailed engineering design will immediately follow and is expected to be completed by the end of 2020 so that the construction phase can begin in January 2021.

The demand forecast included in the Jica preliminary study showed that about 190,000 vehicles per day will be plying the three bridges by 2030.

At present, there are two bridges linking mainland Cebu to Mactan Island.

The three bridges have a combined capacity of 118,800 vehicles per day – or about 72,000 vehicle spaces short of the projected demand. 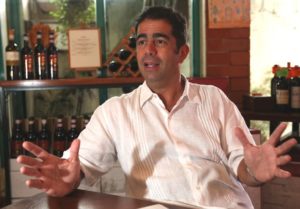 If all the projects are implemented, not only will the existing roads be decongested but the average travel speed of vehicles will also be significantly increased from 30 to 40 km per hour, according to Jica.

With more roads and travel options available, the volume of vehicles in major highways can also be reduced by less than 80 percent of the roads’ actual capacity and a travel of 73 kilometers from Naga City to Danao City will only take an hour or threefold faster than the present average of three hours, the study added.

“If all the projects will be carried out according to the timeframe set by the master plan, this would bring the traffic congestion to the minimum,” said Engr. Lynn Madrona of MCDCB’s Transport and Traffic Management subcommittee.

“Cebu has become very progressive and it’s growing at a rate that infrastructure development is catching up. That’s our biggest challenge and when you talk about infrastructure you talk about years of planning. Conditions change very fast. So projects which we think are effective five to 10 years ago are no longer the same at present,” Soco, for his part, said.

For Gordon Alan Joseph, President of the Cebu Business Club and co-chairperson of MCDCB cooperation among local government units (LGUs) and other stakeholders should transcend boundaries.

The concept of working together, he said, should also reflect how countermeasures on traffic congestion, identified by experts, will be implemented.

Joseph stressed the need for a unified traffic management plan in Metro Cebu as well as a traffic authority to govern the metropolis.

“It’s not a question whether traffic can be solved. It’s a fact that traffic needs to be solved, and everyone must cooperate,” said Joseph.

“It has to be solved in stages. The first stages in the report of Jica have low-hanging fruits, and my lowest hanging fruit is traffic management.

Implemented accordingly, it will reduce traffic by between 15 to 20 percent,” he said.

Joseph called on leaders and even private individuals to heed the advice given by experts like Jica on how urban development must be put into place in order to avoid, if not lessen, the negative consequences it will bring.

“These infrastructures must be identified by experts. If you look at the Mambaling underpass in N. Bacalso Ave. that has caused chaos there, that is an example of a poor infrastructure project that’s not going to increase the capacity of the roads,” explained Joseph.

Jica is about to release their report on the Master Plan Study for Metro Cebu’s Urban Transport Plan anytime this year, and there, according to Joseph, lies a picture of how the metropolis will be if nothing is done soon.

“That is what Mega Cebu is trying to do, to have a more competitive Cebu. In today’s modern world, however, you cannot be competitive without being livable,” Joseph said.

He said, MCDCB is coordinating with Jica and all LGUs in Metro Cebu, except Cebu City, which backed out of Mega Cebu in 2016 .

“When we started conceptualizing Mega Cebu in 2009 with all the mayors, traffic was already the most prominent issue. Yes, there is still hope in solving it but if we don’t do anything today, it’s not going to get any better,” said Joseph.

Read Next
Cause of Hipodromo fire still undetermined; reblocking urged