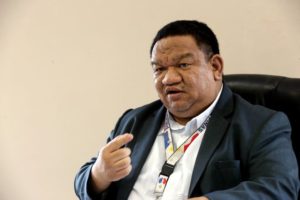 THERE are fewer candidates who will vie for provincial positions in the 2019 midterm elections.

Cebu Provincial Election Supervisor Lionel Marco Castillano said they only received 50 Certificates of Candidacy (COCs) this time compared to the 70 COCs filed during the 2016 national elections.

All electoral posts from governor, vice governor, congressional representatives and provincial board, however, are all contested, he said.

Castillano added that all the fifty candidates, including independent aspirants appeared equally determined in their bid for an elective position.

He is also supporting the abandonment of the no premature campaigning policy which he said will especially benefit new candidates.

Meanwhile, Cebu Auxiliary Bishop Oscar Florencio on Thursday urged electoral aspirants to discern and to prioritize the needs of the people instead of their interests.

“Since you have filed your Certificates of Candidacy, you should be ready to be at the service of the people and the common good,” he said in an interview.

And should they win in the elections, Florencio said, candidates should not hesitate to seek help from other people and God in order to be successful.

While there may be few candidates in the provincial level, it’s a totally different story for Cebu City as five candidates filed their COCs for city mayor.

Also, three aspirants whose surnames are similar to prominent political figures in the city are seeking council seats.

They are Ian Anthony Osmeña, Eliseo Tumulak, and Sherwin Abella.

Comelec-Cebu City has recorded a total of 54 candidates who filed their COCs for the May 2019 polls.