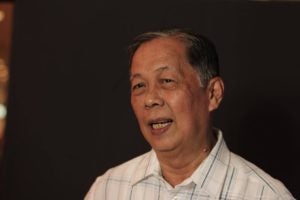 Resil Mojares, a multi-awarded writer and University of San Carlos (USC) professor emeritus, was named as National Artist for Literature. He will be conferred one of the country’s highest honors in a ceremony tomorrow.

“This is a historic and proud moment for all Cebuanos all over the world, the first-ever Cebuano to become a National Artist!” said Jose Eleazar Bersales, USC Press manager and Mojares’ colleague and fellow author.

“(Mojares deserves this award) because he has a body of published scholarly and literary work written in a uniquely Mojares-que style, if I may say so, that will forever remain unmatched in our lifetime and in many lifetimes to come,” said Bersales.