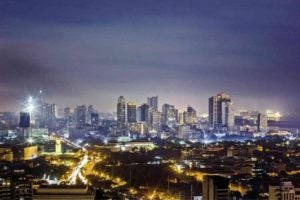 Manila has made it to the list of the world’s least sustainable cities, a study from an Amsterdam-based design and consultancy firm showed.

In its 2018 Sustainable Cities Index (SCI) report released Thursday, Arcadis revealed that the Philippine capital was 95th out of 100 cities in overall sustainability.

The study ranks the world’s cities based on three main factors of sustainability: people, planet and profit.

Manila ranked 93rd for the “people” factor, which refers to the cities’ social mobility and quality of opportunity and life.

For “planet” factor which describes the cities management of energy use, pollution and emissions, Manila settled for the 91st place.

Meanwhile, Manila was at 98th spot in terms of “profit” or the factor that assesses business environment and economic performance.

For Asia, Singapore tops the list as the most sustainable city, followed by Hong Kong and Seoul. Manila, on the other hand, ranks 21st out of 23 Asian cities in the list.

Read Next
Comfortable with the dead