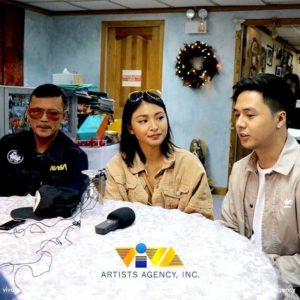 Viva Films also shared more photos during the story conference and revealed that Paul Basinillo will direct the movie.

A video was also posted by Mario Dumaual of ABS-CBN on his Instagram showing Lustre asking her fans to watch the movie.

Basinillo also said in the video that the movie has a good Filipino music and content.

“Indak” is Lustre’s second movie without her on-screen and real-life boyfriend James Reid after filming “Ulan” with Carlo Aquino in October.

This is her first time to be paired up with Concepcion in a movie project.