Daanbantayan’s No. 4 most wanted falls 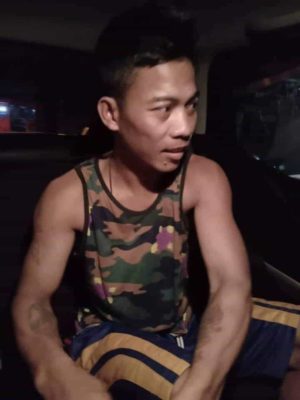 A man wanted for attempted murder and considered the No. 4 most wanted in Daanbantayan town, north Cebu, was arrested on Tuesday evening (Nov. 27) in Barangay Punta Engaño, Lapu-Lapu City, Cebu.

Nalua said Arribado left the town seven years ago and went into hiding when he was charged with attempted murder.

Armed with a warrant of arrest issued by Presiding Judge Hon. Antonio D. Marigomen of RTC, Branh 61, Bogo City, Cebu, authorites led by Nalua proceeded to Lapu-Lapu City where the suspect was working at a construction site.

Arribado is now detained at the Daanbantayan Municipal Police Station and waiting for his transfer to the Cebu Provincial Detention and Rehabilitation Center (CPDRC).

TAGS: 4, Daanbantayan, MOST, No, wanted