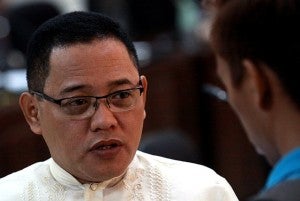 REQUIRING renters to secure clearances before approving their lease would be an added burden to them and in essence, is ‘anti-poor’, says Cebu City Councilor Dave Tumulak.

Instead, Tumulak wants the Barangay Anti-Drug Abuse Council (BADAC) strengthened so it can monitor any illegal activities in the barangay and report immediately to the police.

Regulating apartment rental can already be done now by the landlords themselves.

(Regulating renters can be done now by the landlords by cooperating with the barangays. If they notice unusual activities by their renters, they should report immediately.)

Tumulak, chairman of committee on Public Order and Safety, said he has no plans of sponsoring an ordinance regulating apartments and its boarders.

“Unsa ra man ang gamit sa ordinance, penalty ra? Mas maayong diretso sila sa police aron mapriso gyod dayon ang mga nasakpan. (What is the use of the ordinance, for penalty only? It would be better if they go directly to the police who can arrest the perpetrators immediately),” he said.

Vice Mayor Edgardo Labella earlier said he wanted the city council to enact an ordinance that would regulate the leasing of apartments which may entail apartment owners to do a background check on the possible tenants, ask for police clearance or similar document and do a profile of their renters to be submitted to the barangay.

“I totally agree with that. Considering nga karon sa kadaghan sa drugs we urge them to have that [ordinance],” Magpale said.
She added that this will also help prevent foreign and local illegal gambling operators who use private residences as venue for their operations.

But Provincial Board Member Sun Shimura, chairperson of the Committee on Public Safety, said it is not yet necessary for the province to enact such ordinance.

Shimura added that the apartment owners should take the initiative to monitor their lessors and ensure that “they are not doing monkey business in the area.”

“Maybe what we can do is pass a resolution requesting landlords nga apartment owners nga mag-matngon. Pwede na nila mamonitor if naay something fishy,” he said.