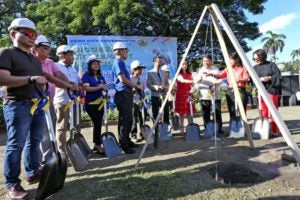 To mark the 102nd birth anniversary of their father, the children of the late Senator Sergio “Serging” Osmeña kick started construction of Cebu City’s first ever skatepark yesterday. 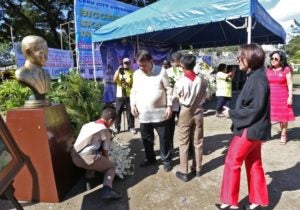 The groundbreaking of the skatepark held at a city-owned lot behind Fort San Pedro came after Cebu City officials held an annual program and wreath laying at the bust of the late senator there.

Cebu City Councilor Eugenio Gabuya Jr., deputy mayor on sports programs, said the mayor’s sister donated US$100,000 or P5 million to fund construction of the first phase of the 4,000 square meter skatepark that is pegged at P10 million.

“Phase 1 involved the street and flat courses of the skatepark, where the obstacles will be located,” the councilor said. 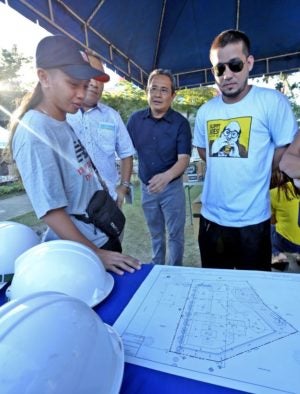 Gabuya said Phase 1 starts within this week and is targeted for completion between February and March next year.

“The donor, Ms. Minnie, has the discretion to choose which contractor is tasked to construct the skatepark,” Gabuya said.

Gabuya said the city government has yet to finalize the skatepark design in response to complaints from netizens that the design proposed is unsuitable for skateboarding practice.

“There’s still room for improvements along the way. We can still make changes,” he said.

Mayor Osmeña said he and elder sister Minnie agreed that she donate funds for the project to avoid red tape.

“Taas kaayo (It’s tedious). There is bidding, supplemental budget. Para walay samok (So there won’t be any hassle). So she said, I’ll do it. OK,” the mayor said.

In her message, Minnie Osmeña said she hoped the skateboard park will help encourage more skateboarders to improve their skills and compete in world skateboarding events.

“I’m doing this for the children of Cebu City. And I’m very proud of the children of the City of Cebu that they’re now going to have their own place, instead of skateboarding behind the jeepneys,” she said.

Read Next
Osmeña: Check on the homeowners instead