PNP chief: No Christmas break on war on drugs 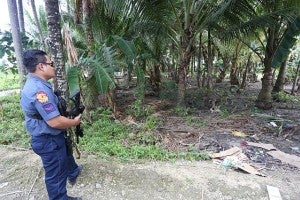 (It will not stop. In the previous years, we didn’t have a break in fighting illegal drugs.)

Albayalde said the police conducted operations even on December 24 and 25 last year.

He also said the PNP will have sufficient manpower for conducting anti-drug operations during the holiday season.

“Wala tayong tigil diyan dahil iba naman ‘yung nag-ooperate sa anti-illegal drugs,” Albayalde said, adding that there are other personnel to be assigned at other police operations during the Christmas season.

(There will be no break because there will be other personnel who will operate in the anti-illegal drug campaign.)

“I assume there will be an increase in consumption, especially left and right ang mga parties ngayon (parties happen left and right),” he said.