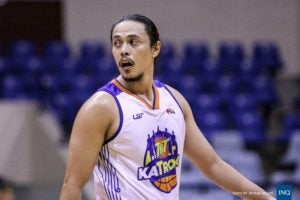 The rich just got a whole lot richer as the San Miguel Beermen’s different trades for talented but temperamental guard Terrence Romeo, Paul Zamar and veteran Ronald Tubid got the green light from the PBA Commissioner’s Office on Wednesday afternoon.

Romeo, who traces his roots to the Cebu town of Boljoon, was traded to San Miguel in exchange for reserves Brian Heruela and David Semerad and the Beermen’s first-round pick in the 2021 PBA draft.

Zamar, who enjoyed a breakout year in 2018, was also cleared to join San Miguel in exchange for the Beermen’s second-round picks in 2021 and 2022.

Tubid will also be making a return to San Miguel as he was traded for bench swingman Keith Agovida in a one-on-one trade with Columbian.

All three trades were scrutinized and subsequently green-lighted by the four-man PBA trade committee.