CDN is here to stay 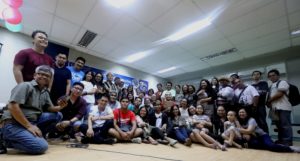 TODAY, Cebu Daily News closes one door and opens another.

Cebu Daily News, as it ends its print run that has been uninterrupted for nearly 21 years, will embark on a new journey to deliver its brand of independent and responsible journalism in the digital platform.

It will continue to be Cebu’s independent source of news and information. It will remain steadfast in its commitment to deliver the kind of content that its readers of mostly Cebuanos deserve. It will remain accountable for every piece of narrative it puts online.

And most importantly, it will strive to live up to the standards that CDN has taken to heart over the last 20 years: To give news a human face; to tell stories about people and how their lives matter; to keep the Cebuano public abreast with the issues and government policies that impact them; to remain fiercely protective of the right of the public to know; to resist attempts to silence the media; and to produce journalism that builds communities. 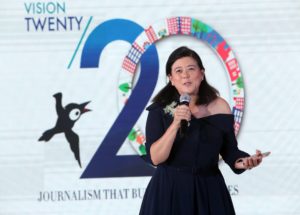 CDN began on February 8, 1998 because of a dream of one person: Alexandra “Sandy” Prieto-Romualdez, the president of the country’s leading broadsheet, Philippine Daily Inquirer, and founder of CDN. Cebu, she said, needed an independent community newspaper that could be an instrument of change and action, and which could set the agenda for formulation of local policies.

Ms Sandy, as she is called by employees of CDN, took pride about how CDN had been an instrument of positive change. She talked about how a photo of potholes published in CDN’s “Siloy is Watching” section prompted public works officials to immediately repair the road and cover the potholes.

While this particular photo story may seemed a “small item” that did not merit a front page treatment, this is the kind of narrative that is at the core of CDN’s reason for being. No story is too small or irrelevant if it matters to the person who reads it, and has an impact on his life. This is what inspired the CDN staff to be at their best every day that the newspaper is put to bed.

Cebu Daily News is and will always be grateful to the readers, subscribers and advertisers who have made the newspaper a part of their day for the past 20 years. To them we dedicate the more than 50 awards and recognition that CDN has been honored with in the past two decades.

CDN, the community newspaper, has produced inspiring, searing and in-depth features and special reports. It commits to continue to do so as CDN Digital.

Siloy, the Black Shama bird endemic to Cebu, will still be the mascot of CDN. And like Siloy, CDN will always be a Cebuano.

As we bid goodbye to the print form of Cebu Daily News, we are inspired by the numerous tributes from readers and former CDN staff and contributors. These words expressed exactly what many in CDN would have wanted to say about the newspaper that nurtured them for two decades.

One of them came from Land Transportation and Franchising Regulatory Board (LTFRB) Region 3 Director Ahmed Cuizon, a gifted Cebuano writer who contributed heritage features to CDN while he was the public affairs manager of the Mactan Cebu International Airport Authority in the early 2000s.

To him, CDN is “the voice of Cebuanos.”

“CDN is a voice that speaks of Cebu. How it looks at things and what makes it special. It’s fair and fierce take on the day’s news is reflective of the fearlessness of Vicente Sotto, Natalio Bacalso and Al Alinsug,” wrote Cuizon.

When Cuizon said “CDN is about being quintessentially Cebuano,” our hearts swelled with pride.

Thank you, Ahmed, for saying so.

While there is sadness, and plenty of tearful goodbyes, as we bring the newspaper to a close, we also know that our next journey is going to be an exciting one.

We have had received numerous well wishes and one stood out.

“Your audience just expanded and no longer limited to a physical space. This (CDN) will be the global Cebuano communities’ portal,” wrote Marvi Ablaza Gil, a former CDN reporter who now lives in Iceland.

Yes, exactly where we hope to be. We will bring our brand of “Cebuano-ness” to the bigger communities of Cebuanos all over the world, and on to their friends and families, and to the friends of their friends.

The possibilities are endless.

Read Next
Aurora and the maritime tragedies in the Philippines