Boholano fisherman loses way at sea because of rain, rescued in Argao 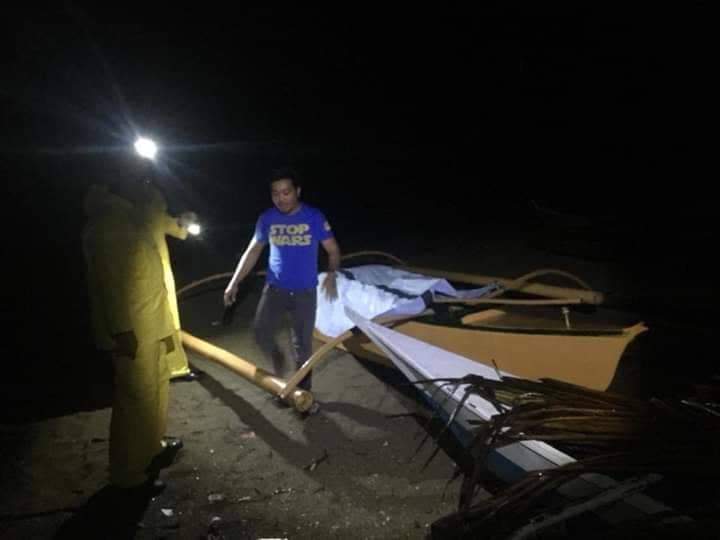 CEBU CITY, Philippines – A fisherman from the municipality of Loon in Bohol province is now taking temporary shelter at the Argao police station after he was rescued from the waters of Barangay Looc, Argao late this afternoon.

Hermoso Gimpayan, 59, said he remained on his small banca for eight hours before he was able to find dry land.

A Facebook post by the Argao Municipal Disaster Risk Reduction and Management Council (MDRRMC) said that Gimpayan left his home in Barangay Tangnan, Loon town to fish at 8 a.m. today, January 4, but lost his way after it started to rain.

The MDRRMC advisory posted at 9 p.m. today said that Gimpayan, a former seaman, was barely able to see anything while it rained.

The post said that Gimpayan tried to look for dry land which brought him to the shorelines of Barangay Looc in Argao town, south Cebu.

Gimpayan, it added, was rescued by Looc resident Junjun Reyes at around 4 p.m. today and was brought to the police station where he is now taking temporary shelter.

It has been raining in Cebu and the neighboring Bohol province today.

The National Disaster Risk Reduction and Management Council (NDRRMC) even raised an orange rainfall alert in Cebu province to warn Cebuanos of the threats of flooding and landslide that may result from the continuous rainfall.

Read Next
Mayor Loot back at work in Daanbantayan town hall