Cebu Archbishop Jose Palma and Cebu Landmasters Inc. officials led by the firm’s CEO Jose Soberano III during the contract signing for the Patria de Cebu development at the 38 Park Avenue showroom at the Cebu IT Park on Oct. 29, 2018. CDN file photo

CEBU CITY, Philippines—Cebu Archbishop Jose Palma remains determined to continue with the partnership with Cebu Landmasters Inc. (CLI) to develop the Patria de Cebu, despite the resignation of Architect Melva Java from the Archdiocesan Commission on Cultural Heritage.

Java is resigning because she is opposing the development plans proposed by CLI.

And, the prelate has expressed sadness over the resignation of Java with whom he has regarded with respect for everything that she has done for the preservation of culture in the Archdiocese.

“I am still discerning if I will accept her resignation. I know Architect Melva and other members of the committee worked in many wonderful ways in the past, and they were influential in expediting the many cultural heritage of a lot of our churches,” said Palma.

According to Palma, the archdiocese has listened to the arguments of the committee regarding the Patria de Cebu as a ‘cultural heritage site’ and understood that although the Patria is not considered by law as a heritage site, it is in the hearts of the Cebuanos.

“The cultural committee repeated their plea to save the facade of the Patria as it carried cultural sentiments,” said the archbishop.

However, the prelate also said that he alone could not decide what to do with the Patria and the board of administration had unanimously decided to push through with the project.

“We have heard the plea of the cultural heritage committee. We could not buy their arguments anymore. I will not go down to rebutting the arguments because some of the definitives do not hold ground anymore,” said the prelate.

Palma said that the project with CLI would continue to transform the Patria de Cebu into a commercial space with a public piazza, a hotel, a department store, supermarket, restaurants, and office spaces.

The facade of the Patria would also be demolished as CLI architects said that the design of the 50-year-old building would not fit with their modern design. 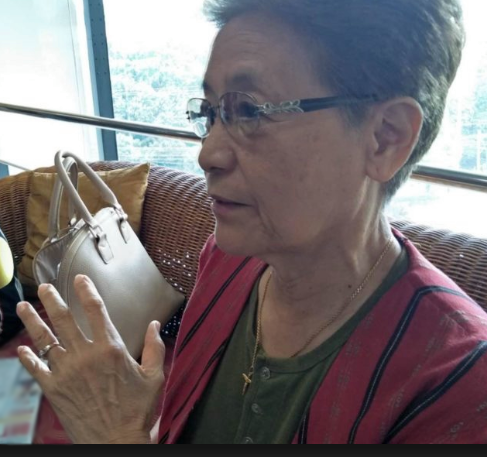 Java, for her part, told Cebu Daily News Digital that she would continue to fight for the Patria outside the Archdiocesan committee.

“I will continue to work for the protection of the Patria as well as other heritage places in Cebu whether publicly owned or owned by the church,” said Java in a text message.

Java encouraged the cultural heritage workers to continue holding dialogues with the Archdiocese and the developer to make them understand that the Patria is a heritage structure protected by the heritage law.

She said that Church guidelines also call for the preservation of church cultural property and there would be ways for new structures to be constructed near a heritage site with careful observance of principle and guidelines found in existing laws and charters.

“We will endeavour to make more presentations to His Excellency on the high significance of Patria not only architecturally but also in the services it has provided for ordinary people as safe and affordable shelter among others,” Java said.

“It was also built by the youth from different schools in Cebu. This is to be respected and appreciated as s shining example for the youth of today… especially that this year is dubbed as the year of the youth,” she added./dbs