Police have got the groove, too; dance in the Sinulog dance parade for the first time 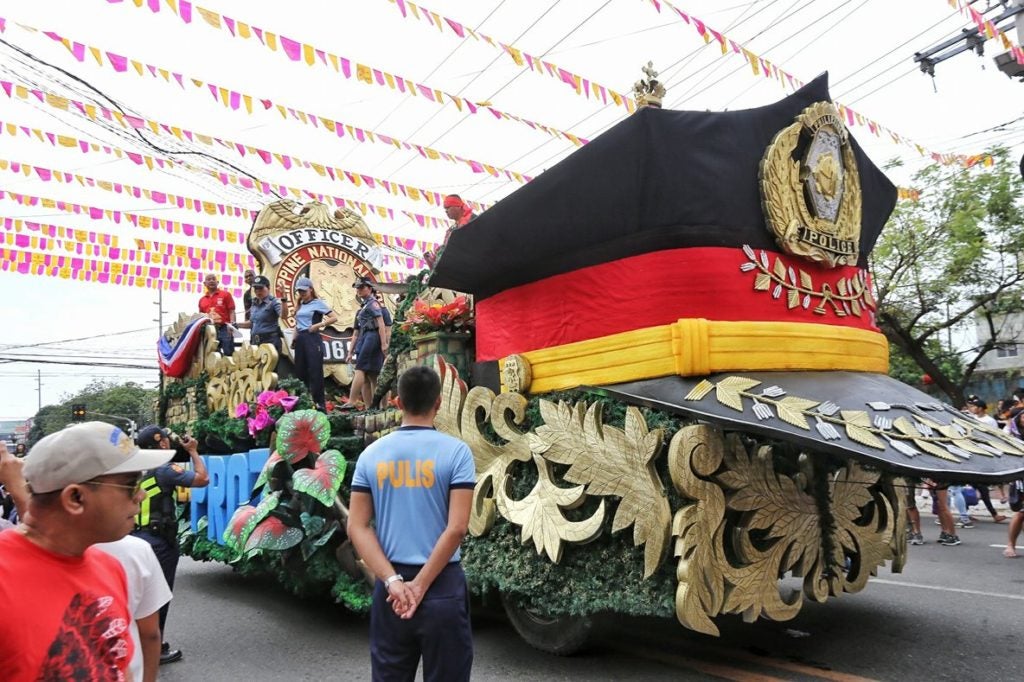 Float of the Police Regional Office in Central Visayas (PRO-7) during the Sinulog grand parade on Sunday, Jan. 20, 2019. | Junjie Mendoza

CEBU CITY, Philippines—The police do not only provide security for the Sinulog grand parade, they can also dance to the beat.

The team Police Regional Office in Central Visayas (PRO-7) opened the Sinulog grand parade with their Philippine National Police (PNP) float and over 20 police neophytes and trainees dancing to the traditional Sinulog beat as a guest contingents.

Chief Superintendent Debold Sinas, director of the PRO-7, said he was grateful to the Sinulog Foundation Inc. for allowing the police to join as guests as this was the first time the police requested to be part of the Sinulog grand parade.

The PNP float showcased a giant police cap which, according to Senior Superintendent Dennis Agustin, the Deputy Director of Administration and designer of the float, represented the authority and responsibility of the police.

Rising from the float is a giant badge, copied from the actual badge of Sinas as the PRO-7 director, and the image of Lapu-lapu whom Agustin considered as the epitome of bravery of Filipinos.

The float took at least one month to build by seven police neophytes who already have backgrounds in design and engineering.

Sinas hoped that with the police opening the grand parade, the people of Cebu felt safer and saw that the police who are bearing the responsibility of keeping everyone safe, are also men with faith. /elb

Read Next
Pacquiao wins via UD against Broner