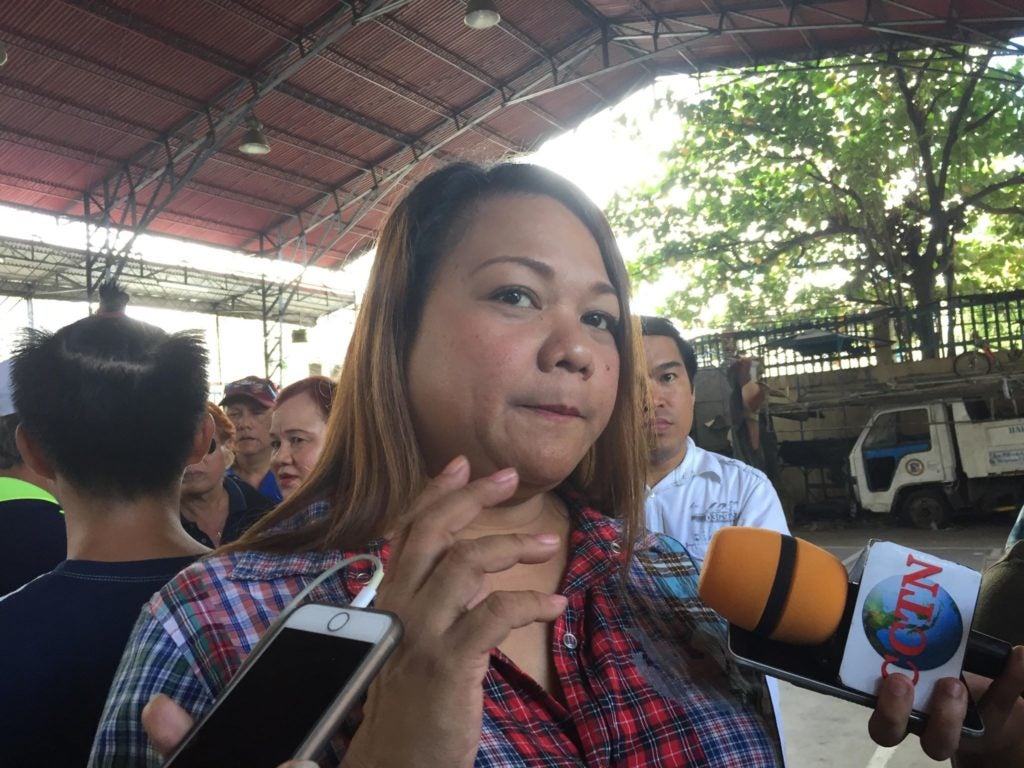 CEBU CITY, Philippines – Inventory of Barangay Mambaling’s assets is proving to be more difficult than expected with two village chiefs holding fort in the barangay hall.

Barangay Captain Gines Abellana refused to vacate his post despite being suspended on January 9, 2019  by the Cebu City Council for abuse of authority  following a complaint of four barangay councilors, who alleged that Abellana withheld their honoraria.

The barangay’s first councilor and now acting chief, Anne Marie Palomo, who took over the post since January 10, said that she ordered the inventory of the barangay through an executive order as per directive of the Commission on Audit (CoA) and Department of Interior and Local Government in Central Visayas (DILG-7).

Palomo said that the inventory should have been done on December 2018 but since Abellana’s suspension, it was never accomplished. The inventory would have served as a transition from the administration of Abellana to that of Palomo.

However, Abellana locked eight rooms, including the barangay chairman’s room with all the necessary documents inside it on Monday, February 11, 2019, the day of the scheduled inventory. He also refused to let Paloma’s inventory committee in, even in the presence of a Cebu City government representative.

The secretary’s office, treasurer’s office, some barangay councilors’ offices, the barangay bodega, audio-visual room, and the barangay’s daycare center were all closed.

Palomo said that they were only able to account the items that can be seen outside of the locked rooms.

She said that the resignation of all barangay staff in December made things worse since these same staff still function and follow Abellana’s command to this day.

Palomo said that because these staff have been insubordinate, she decided to create her own barangay staff that would follow her orders.

Abellana, for his part, denied Palomo’s entry at the barangay hall since he said that because of his appeal to the Office of the President, his suspension was lifted.

He said was able to file the appeal within thirty days of knowledge from his suspension.

He added that the DILG-7 has not provided him any document relieving him of his incumbency and thus he remains to be the village chief of Mambaling.

Abellana still performs functions at the barangay hall despite his suspension but Palomo said that many of the documents are sent to her since government agencies no longer accept Abellana’s signature.

“For private establishments who do not know about his suspension, they may accept it but government agencies no longer honor his signature,” said Palomo.

Palomo said that she has a certificate of incumbency signed by DILG-7 City Director Emma Joyevelyn Calvo dated January 23, 2019, rendering her as the ‘true’ incumbent village chief.

Abellana and Palomo met at the barangay hall on Monday, February 11, 2019, and a heated verbal argument transpired between the two officials in front of their subordinates.

Abellana still refused to let Palomo and the inventory committee to enter the locked rooms.

“As long as there is no order from DILG, I will not leave this hall. You go down!” Abellana told Palomo during the argument.

Palomo said that they will be bringing the matter to DILG-7 which wasn’t able to provide an escort during the inventory because the staff were called in for an annual meeting. /bjo