Mambaling standoff: Palomo urges Abellana to step down or barangay hall will be ‘a dark place’ 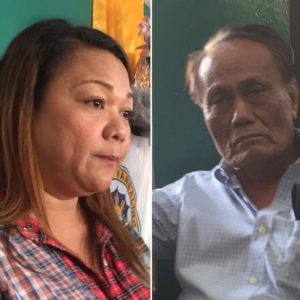 Palomo said that since Abellana cannot access the funds of the barangay due to his suspension, the payroll of the barangay staff and bills for water and electricity cannot be paid.

“That’s the worst thing I can imagine for the barangay. Our barangay hall would turn into a dark place,” said Palomo, who is the first councilor of the barangay.

Abellana was suspended on January 9, 2019 by the Cebu City Council for abuse of authority following a complaint of four barangay councilors, who alleged that Abellana withheld their honoraria.

But Abellana continues to function as the village chief and stays in the barangay hall. He still issues memorandums and orders to barangay staff who, according to Palomo, are supposed to be officially resigned since December but stayed to work at the barangay hall for Abellana.

“What is he going to pay these staff? He cannot access the barangay’s funds,” said Palomo in Cebuano.

However, Palomo admits that she, too, cannot access the barangay’s funds as well since she cannot form a quorum of the barangay council.

“Abellana also conducts his own session with four of the councilors with him. These councilors refuse to attend my sessions and so I cannot form a quorum. I cannot access the funds,” said Palomo.

She said that the local government code gives her the authority to seek the help of the police to arrest these councilors and oblige them to attend her sessions. But she refuses to resort to this since it might lead to violence between the two camps.

Paloma said that she will be seeking the help on the city council on this matter and hopes she will be authorized soon so the operations of the barangay will not be affected.

On Monday, February 11, 2019, the tension once rose between the two chiefs when Abellana refused Palomo’s entry for the annual inventory of the barangay hall.

Palomo ordered the inventory of the barangay through an executive order as per directive of the Commission on Audit (Coa) and Department of Interior and Local Government in Central Visayas (DILG-7).

Palomo said that the inventory should have been done on December 2018 but since Abellana’s suspension, it was never accomplished.

Abellana stood his ground, saying that his appeal to the Office of the President lifts his suspension order.

But Palomo argued that the order of the city council stands and the certificate of incumbency from the Department of Interior and Local Government in Central Visayas (DILG-7) stating that she holds the authority in Mambaling is honored by government agencies, including the banks.

Palomo said that she has a certificate of incumbency signed by Cebu City Director Emma Joyevelyn Calvo, the Local Government Operations Officer of the DILG, dated January 23, 2019, rendering her as the ‘true’ incumbent village chief. /bmjo