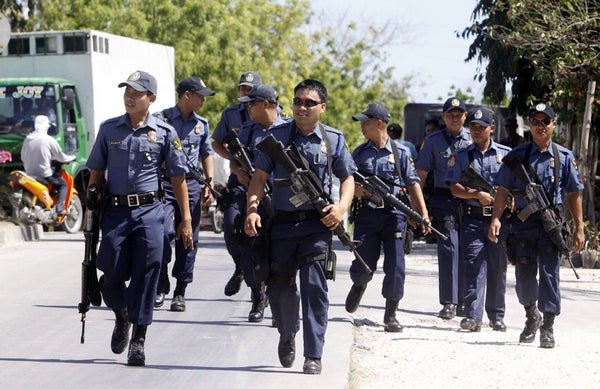 Expect more police to be deployed in Tuburan and San Fernando as the PRO-7 is considering to put both Cebu towns under the red category of the election watchlist areas.  | CDN FILE PHOTO

CEBU CITY, Philippines – Law enforcers in Central Visayas are keeping a close eye on the peace and order situation in Cebu as the May 2019 midterm elections draws near.

The Police Regional Office in Central Visayas (PRO -7) declared 53 towns and 9 cities in Cebu as ‘areas of concern’ during their command conference held on Tuesday, February 12, 2019, at PRO-7’s headquarters along Osmeña Boulevard in Cebu City together with other law enforcement agencies such as the Armed Forces of the Philippines and Philippine Coast Guard.

Chief Superintendent Debold Sinas, PRO-7 director, said they are considering to place the towns of San Fernando and Tuburan under the red category of the election watchlist areas (EWAs). This means that chances are high for the deployment of more law enforcers in these towns.

Sinas said they decided to include the town of San Fernando in the red category of the EWAs following the ambush incident involving its mayor, Lakambini “Neneth” Reluya, which led to the death of her husband and the town’s president of the Association of Barangay Councils (ABC) Ricardo Reluya.

However, Sinas also said their recommendations will have to undergo further evaluation and approval from the Commission on Elections in Central Visayas (Comelec – 7).