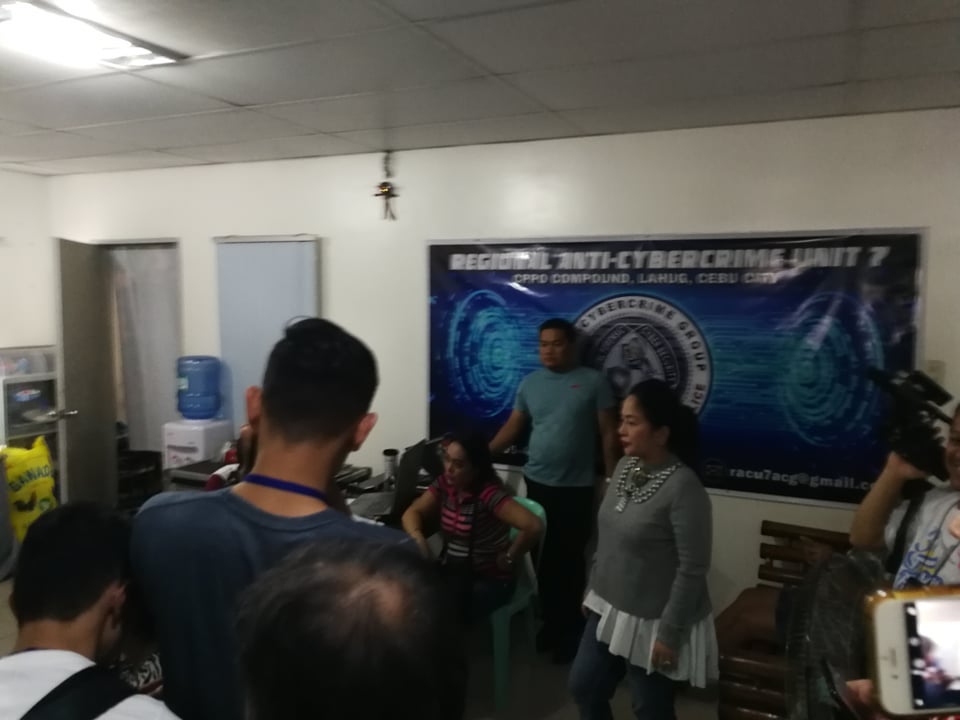 Mabatid, a candidate for Cebu City north district councilor under the Barug-Partido Demokratiko Pilipino- Lakas ng Bayan (PDP Laban),  visited the Regional Anti-Cybercrime Unit in Central Visayas (RACU-7) earlier today, February 13, to report the incident and to also clear her name of any involvement on the alleged scam.

“This is why we’re here (because we wanted) to have it (the recruitment scam) investigated to know (who are) the people behind it and to make sure (that) they will be arrested,” Mabatid said in an interview with reporters.

At least five individuals visited RACU-7 in the last two days to report a recruitment scam that is using the name of A-Max Philippines International Promotions, a recruitment agency that Mabatid owns and operates.

The victims claimed that they were asked to attend a pre-employment seminar in Metro Manila even if they did not apply for employment abroad.

One of the five victims already made payment of P3, 500 as registration fee for a pre-visa processing seminar.

Payment was made through a money remittance center which is unlikely for a legitimate visa processing agency that would usually cater to bank to bank transactions.

Three of the victims visited RACU-7 on Tuesday to report the alleged scam while the two others visited their office earlier today.

They claimed of having received emails from A-Max Philippines asking for at least P3, 600 joining fee for their pre-visa processing seminar.

But Mabatid denied any hand on the alleged scam.

“We do not transact money via money remittance centers. The victims said someone from our company asked them cash and send it through money remittance. We only accept cash transactions (made) through bank-to-bank (transfer),” Mabatid said.

Mabatid suspects that some “impostors” may be using her company’s name to earn money.

Read Next
Police to file charges against suspects in Reluya ambush