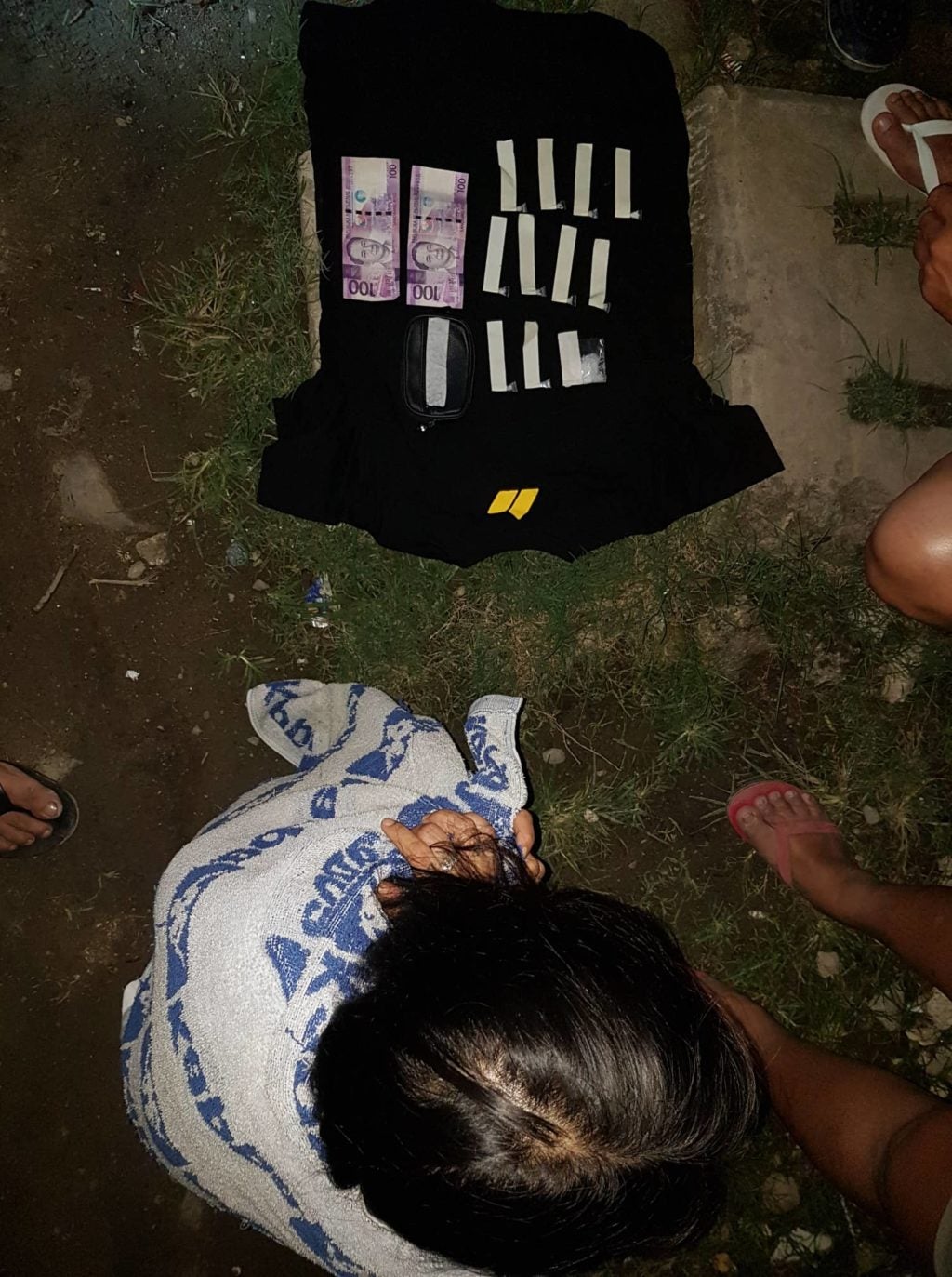 Gertie Joy Logroño is caught with suspected shabu worth P27,800 during a buy-bust operation in Barangay Bulacao in Cebu City on Saturday, February 16.| Photo by Benjie B. Talisic

CEBU CITY, Philippines — She started as a drug user, then evolved into a drug courier, and eventually a drug peddler.

But the drug peddling days of 21-year-old Gertie Joy Logroño were shortlived after she was caught with 10 packets and a medium pack of suspected shabu during a buy-bust operation in Barangay Bulacao in Cebu City on Saturday, February 16.

Chief Inspector Regino Maramag, Pardo Police Precinct chief, told Cebu Daily News Digital in an interview on Sunday that they arrested Logroño of Barangay Bulacao in Talisay City during a buy-bust operation at past 11 p.m. on Saturday in Barangay Bulacao of Cebu City.

The operation against Logroño also happened a few later when Pardo police confiscated P13.6 million worth of suspected shabu and Mambaling Police seized P500,000 worth of illegal drugs.

Maramag said that the suspected shabu confiscated from Logroño had an estimated Dangerous Drugs Board value of P27,800.

Maramag said that they conducted the operation against Logroño after they received reports from barangay officials about her illegal activity in the area.

Logroño told police that she started as a drug user and to earn money she ended up being a “drug courier” or a person whom buyers of shabu would ask to buy shabu to the drug peddler for a fee.

She said that eventually she gained the trust of the drug peddler, who encouraged her to sell shabu.

She said the arrangement they agreed on was that she would sell the illegal drugs on a consignment basis — where the drug peddler would just leave stocks of shabu to her and would just get the payment of those that were sold.

Maramag said that barangay officials of Bulacao in Cebu City grew suspicious of Logroño, who was often seen in the barangay at night.

Reports of her illegal drug activities were later known and were reported by the officials to police, who then conducted a buy-bust operation against Logroño.

She was detained at the Cebu City Police Office detention cell in pending the filing of charges./dbs