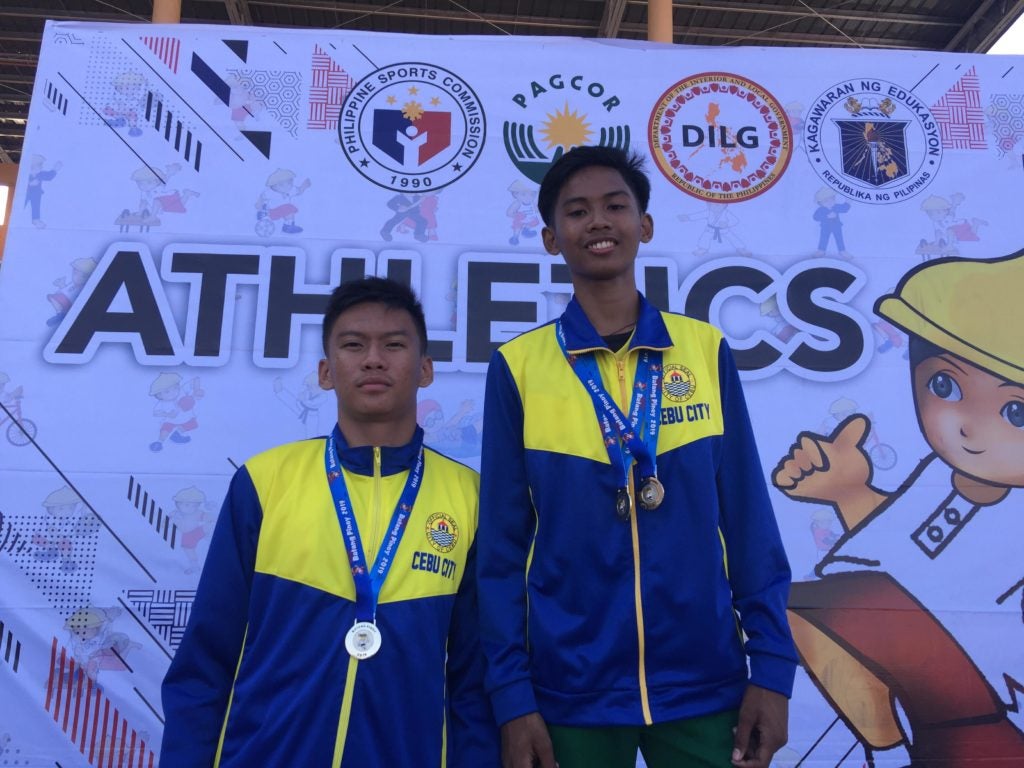 The bulk of its medals were in athletics with three, one from chess and one from taekwondo.

In contrast, defending overall champions Cebu City Niños have yet to warm up as it ended Day 1 at fourth place with a medal haul of 3-6-2.

Cebu Province gilts were contributed by Gio Beguña of the Sisters of Mary School Boystown via the Discus Throw with his throw of 36.79-meter; Donnaliza Torres of the Sisters of Mary School Girlstown in the High Jump with her jump of 1.35m; Vylette Kaye Alvez via the 100-meter Hurdles with her time of 16.6 seconds, Sean kenneth Cogonon via the Chess Rapid and John Louie Callino via taekwondo.

The bulk of Negros Occidental’s gold medals came from swimming while none of the delegations from Cebu were able to bag a medal in the first day of the swimming competitions./dbs