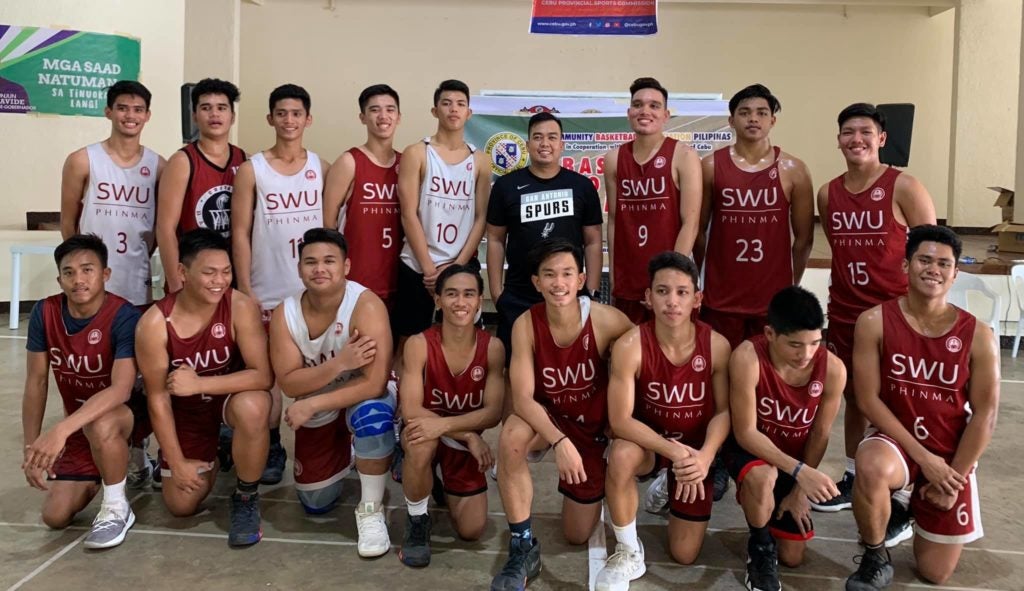 The wards of Southwestern University-Phinma head coach Jerry Abuyabor gun for their first finals appearance in the NBTC this weekend. | contributed photo

Cebu City, Philippines — A Cebu champion and a regional champion will be crowned this weekend as the SM-National Basketball Training Center League Cebu reaches its final stages on March 2-3, 2019 at the Capitol Parish gym and at the Minglanilla Sports Complex.

In the Cebu league, a new champion will be crowned as many-time champions Ateneo de Cebu tangles with upstart Southwestern University (SWU)-Phinma at 3 p.m. while the University of San Jose-Recoletos (USJ-R) battles Don Bosco at 4:30 p.m. at the Capitol Parish gym along Escario Street.

The winners of these knockout matches will advance to the championship game, that will be held the following day, March 3, at 2 p.m. at the Minglanilla Sports Complex.

The defending champion University of the Visayas (UV) were eliminated in the preliminary stages.

The championship game for the regionals will be on March 3, at 12 noon at the Minglanilla Sports Complex.

The champion teams will get to compete in the NBTC National Championships next month at the Mall of Asia Arena in Pasay City. /bmjo