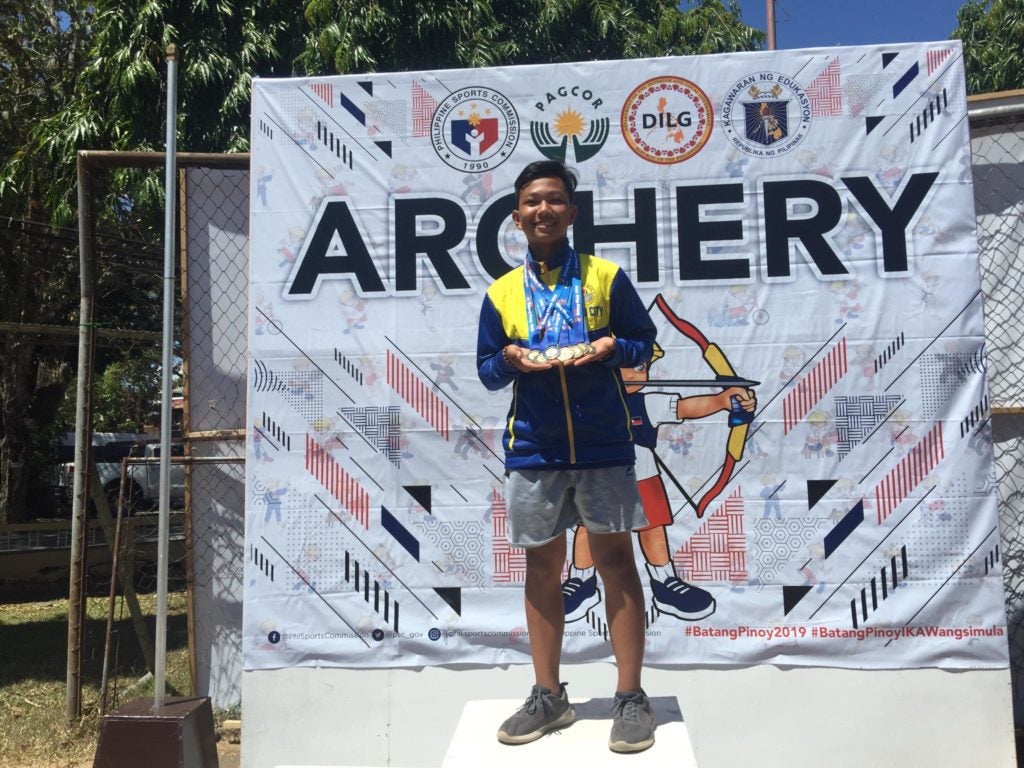 The 13-year-old student of the Don Carlos Gothong Memorial National High School dominated the competition and clinched a total of six gold medals and one silver in archery competition of the multisporting meet held here at the West Visayas State University field.

“I didn’t expect it, ingon ako coach ‘enjoy the game, duwa lang diha’,” said Igot, who added that aside from his coach, he was motivated by his family, friends, teammates and trainer.

He topped the Cub distances of 20, 30, 40, 50 meters, 1440 round and the Olympic round. He only missed one by finishing silver with his mix team partner Densil Shane M. Dinopol.

For the seventh grader, getting a ticket to the Batang Pinoy National Finals made up for his so-so performance in the Central Visayas Regional Athletic Association (CVIRAA) Meet held in Dumaguete City last month, where he failed to qualify for the Palarong Pambansa.

“Happy and excited for the national,” said the seventh grader, who added that this Batang Pinoy so far is his best because “kay diri pa ko naka medal ug daghan.”

Having trained in archery for five years already, Igot has learned some things from the sport, which he applies to his daily life.

Igot’s ultimate goal is to be part of the Philippine team someday. And that dream may not be far behind as Igot has already been the overall champion of the Cebu City Olympics.

He also got gold in the World Archery Philippine tournament in Ormoc eliminating a national team member during a match play in the process.

Indeed, the future looks sharp for this seventh grader. /bmjo