Duterte to Loot: We have you monitored, don’t fool us 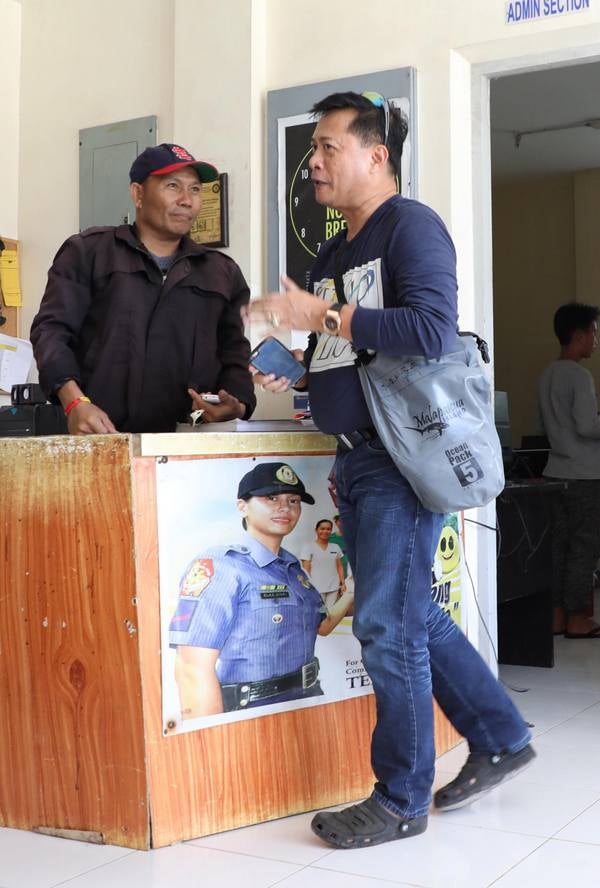 Mayor Vicente Loot recounts to a police officer at the Daanbantayan Police Station details of the attack staged against him and his family at the town’s port area on Sunday, May 13, 2018 .|CDN File Photo

CEBU CITY, Philippines – Daanbantayan Mayor Vicente Loot got another tongue-lashing from President Rodrigo Duterte when the latter delivered a speech during the campaign rally of PDP-Laban in Victorias City, Negros Occidental on Friday evening, March 8.

Loot, together with his family, survived an ambush attempt in Barangay Maya, Daanbantayan last May 2018. Daanbantayan is a first-class municipality located in the northern tip of Cebu Island, 128.6 kilometers north of Cebu City.

President Duterte accused Loot of being a drug protector, an allegation that the retired Philippine National Police (PNP) general and a graduate of the Philippine Military Academy has vehemently denied.

Aside from Loot, Cebuano businessman Peter Lim also earned the ire of the President last Friday. Mr. Duterte also threatened to kill Lim once he is spotted.

Lim remains at large after a trial court in Makati City issued an arrest warrant for him in August 2018 for probable cause on violating the Comprehensive Dangerous Drugs Act of 2002.

READ MORE: Duterte to Peter Lim: I will kill you wherever you are

Read Next
Lahug River clean up generates 100 sacks of trash