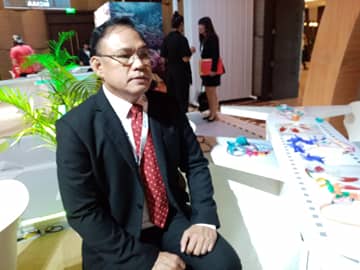 CEBU CITY, Philippines — Negotiations are ongoing for air service agreements (ASA) between the Philippines and some countries to develop new routes.

The Philippines is eyeing an air service agreement with Russia, according to Erwin Balane, head of route development of the Department of Tourism.

In an interview with the media on Sunday, March 10,  Balane said the country would like to have access to the cities of Vladivostok, Khabarovsk and Novosibirsk in Russia, which are nearer to the Philippines and could be served by narrow-bodied aircrafts.

At present, he said the Philippines could only get airlines, especially those plying European destinations, to serve Manila because other airports could not accommodate wide-bodied aircrafts.

Meanwhile, the Philippines is expecting an increase in arrivals from China, Korea, US, Japan and Australia, which are considered as key tourism markets.

“In the next few years, we are expecting that despite the visa requirements, the spike of tourist arrivals from China will be significant,” Balane said.

He said they are also negotiating for the inclusion of the Philippines in the Australia airlines’ kangaroo route.

“We’re looking at the kangaroo route for the Philippines, from any point in Australia to Cebu onward to northeast Asia, (like) Hongkong, Tokyo, Incheon,” he said.

Meanwhile, Balane said the Philippines is expected to reach the 12 million tourists target by year 2022.

Hosting Routes Asia gives the Philippines an opportunity to encourage carriers to consider the international gateways of the country, Balane said.

“We will be able to raise our profile in the Asian aviation community and demonstrate that the Philippines is a multi-gateway destination, where aviation infrastructure are in place and international airports are compliant with international aviation standards,” he added./dcb