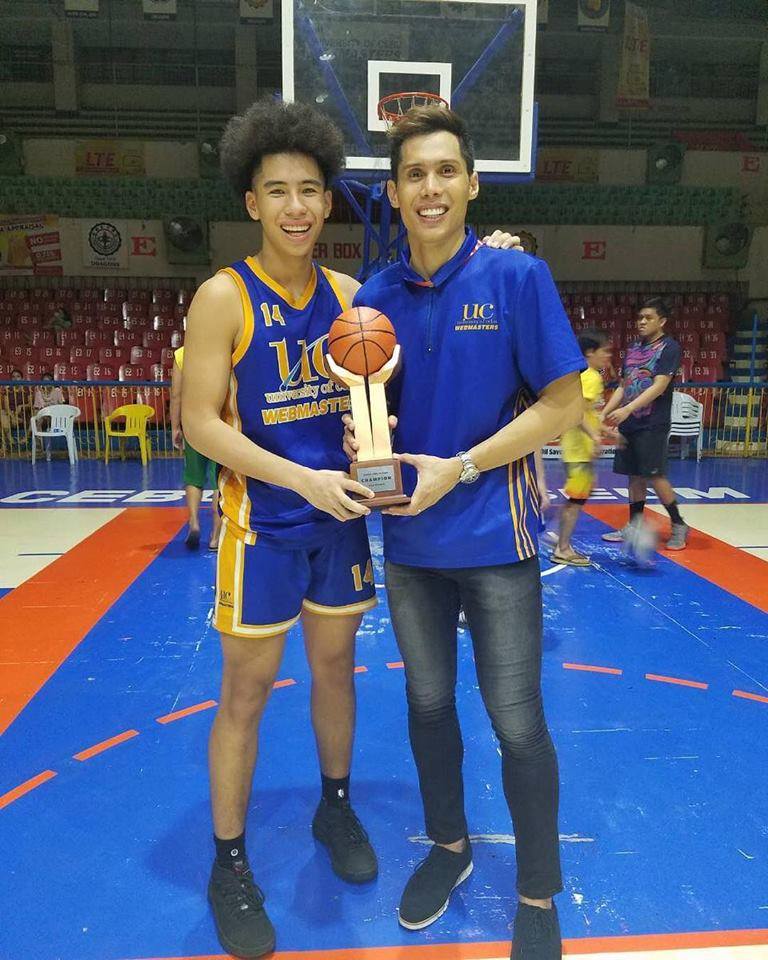 CEBU CITY, Philippines — Isaiah Blanco-Hontiveros is one and done.

After helping the University of Cebu Baby Webmasters win their first juniors championship in a decade in the Cebu Schools Athletic Foundation Inc. (Cesafi), the son of Cebuano hoops legend Dondon Hontiveros has decided to move and play for the Far Eastern University (FEU) Baby Tamaraws in the UAAP (University Athletic Association of the Philippines).

He first announced the development on his Facebook page, where he described playing in Cebu as “the best thing that ever happened (to him).”

“Probably my last game playing for UC, playing in Cebu was the best thing that ever happened to me. I will be forever grateful to the people I shared my times with here. Didn’t decide to go but know that my heart is forever with UC. Experienced ups and downs, but I wouldn’t have it any other way. Just to play in Cebu is a dream come true,” the 17-year old wrote.

In an exclusive interview, the lanky left-hander relayed that his father made the decision for him. And although he was saddened by it at first, he is starting to see the logic behind it.

“To be honest, It wasn’t my decision to go back to FEU. Dad decided, first time I heard about it, I felt down, knowing I could help UC compete and lead them to back to back championships. But right now I’m seeing it through my dad’s point of view, and I know he just wants the best for my career,” the younger Hontiveros said.

“Although I wanted to play out my remaining high school years for UC, I also thought about my future with FEU knowing it could take my game to a whole new level,” he added.

The elder Hontiveros, who functions as an assistant coach of the Baby Webmasters, admitted he would miss having his son on the team, but he explained that his son would need to grow outside of his comfort zone in order to maximize his potential.

“He has gained a lot with his one year here in Cebu. The experience and the relationships he has built will be in his heart forever. Basta ma champion, dili na gyud na makalimtan. I am excited for him though mingawon gyud mi niya, and siya sad mingawon namu. His family will be always be here for him. Part of growing is moving out of his comfort zone. As a father, I’m excited to see him grow and reach his potential,” Dondon Hontiveros said.

Isaiah Hontiveros remarked that he would always cherish the time he spent playing here in Cebu as it gave him the opportunity to blaze his own trail outside of his father’s enormous shadow.

“I felt happiness, I felt free, People knowing and acknowledging me for who I am and not only as Dondon Hontiveros’ son. The bond with my teammates that I had is unbreakable. I’m glad I had so much memories with them, Champions or not champions this year I am truly proud of the team.” /dbs