CEBU CITY, Philippines—The vision of a united Bisdak or “Bisayang dako”  is a future of a super-economic one Visayan region.

And when the millions of Visayan-speaking people say they are Bisaya, retired Rear Admiral Ernesto Enriquez and former Department of Transportation UndersecretaryRommel Gavietasay said they should pronounce it bold and proud.

Do not just say Bisaya, but “Ako Bisdak”— Bisayang Dako, said Enriquez and Gavieta, who are first and second nominees of Ako Bisdak Party-list (#22 in the ballot), the only party-list in the country that seeks to represent the entire Visayas in the midterm elections this May.

“In a ship from Cebu going Manila, before the vessel even starts moving, every passenger would begin to speak or force themselves to speak Tagalog. That is the kind of lack of pride sa atong pagka-Bisaya nga we want to bring by the name itself, Bisayang dako. We are big, we have a strong voting base that should be noticed,” Enriquez said.

“That is why (being a) Bisayang dako, it should be (said) with conviction and with pride,” the 56-year-old native of Cebu City said. 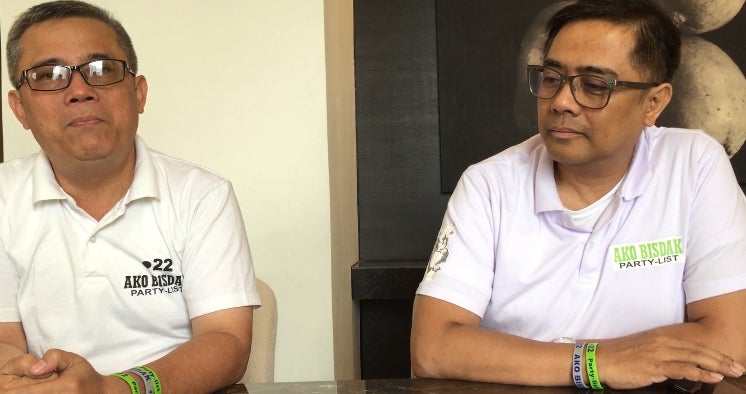 Ako Bisdak champions the brand of a supereconomic Visayan region that would foster unity and connectivity among the island groups in the Visayas and the Visayan-speaking people.

“Iba kami sa iba pang mga partylist which represents not the whole region but particular islands or provinces. We are the first partylist who wants to work on a regional platform,” Gavieta told CDN Digital in a sit-down interview during their visit in Cebu recently.

Ako Bisdak’s Gavieta, a native of Guimbal, Iloilo, said the island provinces in the Visayas need to be connected to help them think as one and establish their vision of the supereconomic region.

“In the short term, we have to have wifi. What we noticed is the scarcity of signal. There are people who literally cross rivers and mountains to get signal. Connectivity is not just by bridges. Connectivity is also through wifi,” he added.

Enriquez also said that enabling connectivity in the three regions compirising Visayas – Western Visayas (Iloilo, Guimaras, Aklan, Capiz, Antique and Negros Occidental), Central Visayas (Cebu, Bohol, Siquijor and Negros Oriental) and Eastern Visayas (Leyte, Southern Leyte, Samar provinces and Biliran) – would also be vital in thinking as one as it would provide the residents of the Visayan islands with the avenue to connect through the internet and cellular phones.

He said that the quality of education is also at sake since many areas in the Visayan region  lacked internet connectivity.

Gavieta said they would want to emphasize their goal of having the super-economic Visayas region through a regional tourism plan and a region-wide objective for the agriculture sector.

“We want a regional tourism plan, that’s is why we want the bridges. We want the farmers to be able to sell their goods not just within the region but also to Manila. Yan ang  gusto nating ma-address,” Gavieta said./dbs