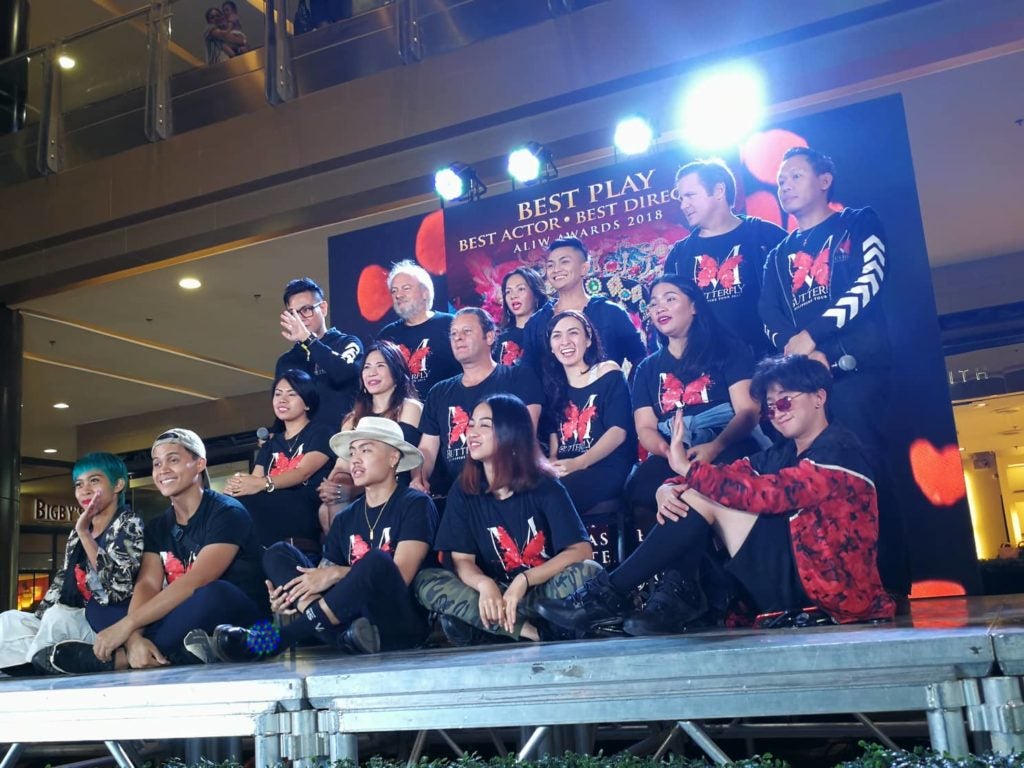 The cast of M. Butterfly gather during a meet-and-greet event on Tuesday night, March 12, 2019, at the Northwing Atrium of the SM City Cebu. CDN Digital photo | Morexette Marie B. Erram

Cebu City, Philippines — Another reason why Cebuanos should not miss the last bow of the M. Butterfly National Tour 2019 is the performance of Cebuana-American stager Maya Encila.

The 19-year-old theater actress announced during the meet-and-greet event last Tuesday, March 12, 2019, at the Northwing Atrium, SM City Cebu that her father Robert Encila Celdran is from Cebu City.

“It is special to me. I love to represent both cultures. It is special to me to bring ‘M. Butterfly’ here because it is like a highlight of my career,” she told Cebu Daily News Digital in a separate interview.

Encila will portray Renee, a sexually liberated Danish woman with whom Gallimard, Olivier Borten’s character has an affair. 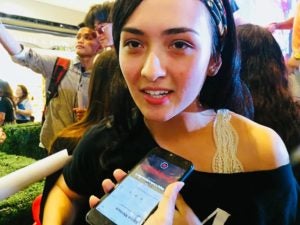 Audience should also look forward to her shifting to another role named the Pin-Up Girl.

Encila was born in Arizona, United States where her parents Robert and Virginia own a small theater company and a fine arts studio.

Her father Robert is a musician, director, and actor in the Philippines while her mother Virginia is a visual artist in Arizona.

“That is where my passion for theater began,” she said.

Encila came back in the Philippines when she was 15 years old.

Even though she grew up in Arizona, Encila recalled that she spent her summer time in Cebu when she was eight years old.

Among her favorite memories in Cebu were eating dried mangoes and visiting  Kawasan Falls in Badian, southern Cebu. She also loves to eat Cebu’s famous lechon.

Tony and Grammy award-winning producer Jhett Tolentino was also present during the meet-and-greet.

“It is such a beautiful play,” Tolentino said.

Based on a true story, “M. Butterfly” is a play by David Henry Hwang.

The story centers on Rene Gillamard, a member of the French Embassy in China played by Olivier Borten.

He will meet and fall in love with Chinese opera star Song Liling, the character of award-winning Francisco.

Igarta will be Francisco’s alternate in certain performances.

Cebu will be the last leg of the M. Butterfly National Tour 2019 after they staged in Dumaguete and IloIlo last month.