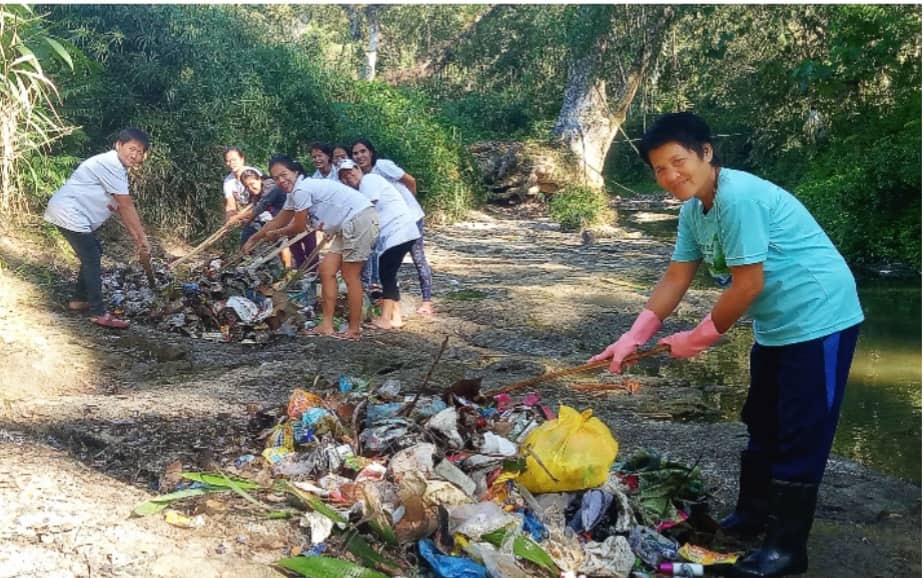 Together with Carmen Copper employees, the team collected at least 434.5 kilos of wastes from the Cantabaco River. Of the garbage collected, 68 percent were non-biodegradables while the remaining 32 percent were biodegradables.  It was the first river clean up held in the barangay this year.

The Linis Estero Program aims to raise awareness on environmental protection and conservation. It is also a call to action against the improper disposal of wastes that pollutes the rivers and waterways that is now threatening the community’s water sources.

During a brief program, Carmen Copper recognized HCK for its commitment to protect and nurture the environment through the company’s Adopt-an-Estero Program. A certificate of recognition was awarded to HCK through its President Alejandro Cantalejo.

Carmen Copper also donated 20 steel drums to Barangay Cantabaco for use as garbage bins for their waste segregation program that is in compliance with Republic Act 9003 or the Ecological Solid Waste Management Act of 2000.