#ChallengeForChange: An online call to save mother earth

An online campaign for environmental preservation from “We Don’t Deserve this Planet” is now making social media rounds. /Contributed Photo

CEBU CITY, Philippines – A challenge asking people from around the globe to clean their surroundings has been buzzing online and several individuals have taken the “Challenge for Change” to prove that something can still be done to save the environment from continuous degradation.

The Facebook page “We Don’t Deserve this Planet” started their campaign #ChallengeForChange this month to encourage people to tidy their surroundings and take a “before” and “after” photo which they could post on their Facebook page.

Abhi Yeole, an Indian national who started the challenge on March 10, told  Cebu Daily News Digital that they wanted to especially raise awareness on environmental concerns that is affecting the world today.

“We want to make people aware so that they know what’s the biggest problem today. Then, we ask for action to bring change,” said Yeole, who is also administrator of the We Don’t Deserve This Planet FB page.

Yeole said that they have been getting favorable responses from residents of the Philippines, Indonesia, Germany, India and Thailand among others since they started their challenge seven days ago.

“We get (the) best response on this challenge from (the) Philippines” said Yeole who also encouraged Cebuano to join their #ChallengeForChange. 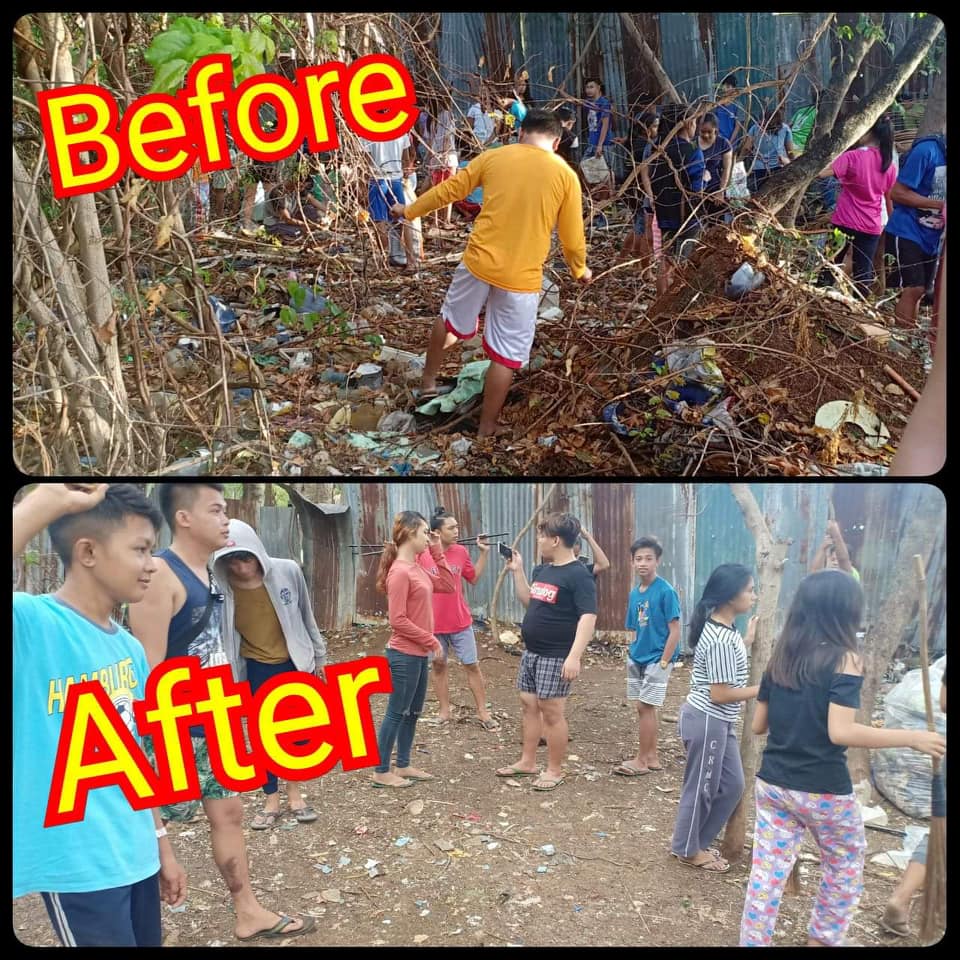 Members of a youth group in Purok Rosas, Barangay Gairan, Bogo City has taken the #ChallengeforChange. / Photo from the We Don’t Deserve This Planet FB Page

On March 12, Cenro Swaeso Parañaque took the #ChallengeForChange by cleaning a water body in their locality. They later on posted on the We Don’t Deserve This Planet FB page a photo of government workers cleaning what appears to be a river in Barangay San Isidro and a second photo of the already garbage-free river.

Khym-Khym Love Khyyan Zander also posted on March 11 a picture of her kindergarten pupils who took the challenge and cleaned the vicinity of their school located in Cagayan de Oro.

Tony Galon, founder of the 5pcs Daily Habit in Cebu, said that while he is yet to take the challenge, he feels that this is a good initiative to especially make the youth who are always online to be aware of our environmental condition.

Galon said that he is looking forward to also engage in the challenge and not just make it as another challenge but a passion to save the earth.

Yeole said that with the success of their clean up challenge, he is now looking for means to also bring attention on the need to plant more trees and implement garbage recycling programs.

“Our next #ChallengeForChange will be for planting trees and recycling of garbage and plastic,” he told CDN Digital./dcb

Read Next
Paying it forward: Cebu graduate, Physicians Board topnotcher, plans to serve community for 2 years

TAGS: challenge, change, deserve, don’t, for, planet, this, We